The Kids are Back

I know this is a Twisted Sister song.  Well, I knew it was the name of a song, but not who sang it until I looked it up.

As most know, the kids I am talking about are our North Carolina grandkids and we once again are getting to attend music concerts.  We have missed seeing them perform.

Adam plays a cello in the Symphonic Orchestra.  We were proud he was chosen for this select group after having been gone for three and a half years.  Their first selection was Fantasia in F  followed by English Folk Song Suite in three parts and finally Overture to Semiramide.   All sounded beautiful.  Adam is on the right. 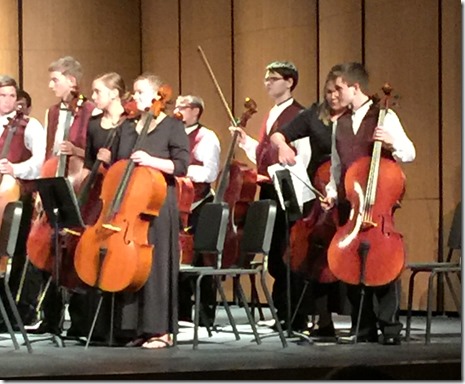 Evan’s 6th grade singing concert entitled “Dreamers” was last week.  He is lucky to have a young, energetic music teacher named Travis Mott who accompanied most of the songs on a guitar.  And, get this list of songs:  Lost Boy by Ruth B, Best Day of my Life by American Authors, Blackbird by the Beatles, Johnny B. Goode by Chuck Berry, Rather Be by Clean Bandit, and A Million Dreams from “The Greatest Showman.”   It takes a teacher with lots of skills to get a group of 5th and 6th graders to learn all of these songs—lots of lyrics—and well done.  Evan is in the light blue shirt—wonder where he gets his smile, his eyes and his personality! 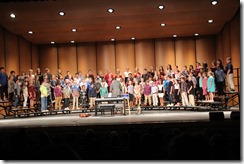 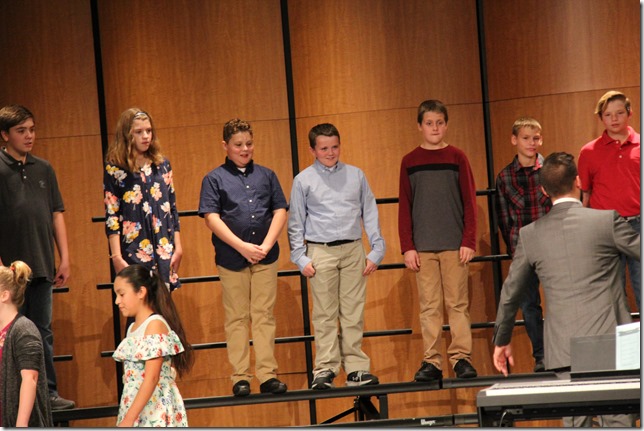 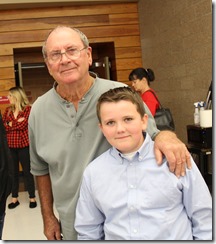 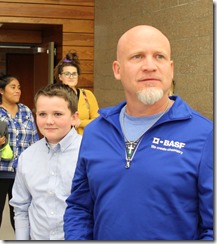 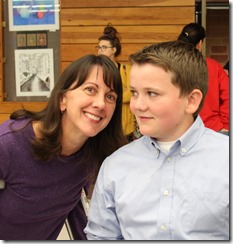