Hwy 50 has been called the Lonest Road in America.  We consider the Hwy 56 Kansas Highway which turns into Hwy 50 in Colorado a classic or maybe vintage route with historical and scenic possibilities.  It was around Dodge City that the Santa Fe Trail route dips south along the “dry route” or west through Colorado which was considered the mountain route.   Today we are headed for the mountains.

Hwy 50 in Colorado goes through Las Animas which is in the historical trading area of Bent County, near the junction of the Arkansas and Purgatoire Rivers.   The courthouse for Bent County is the oldest functioning courthouse in Colorado.  The information regarding this structure describes it as having “a Victorian Institutional style with Romanesque arches”.  A striking building in rural eastern Colorado. 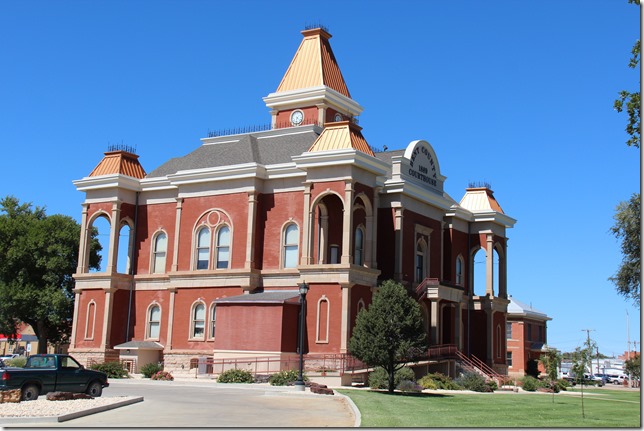 The jail housed the sheriff as well as the county prisoners.  Sheriff Dan Gates was elected in 1927.  You might know his son as Ken Curtis who played Festus on Gunsmoke. 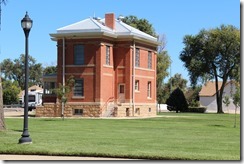 Next, Canon City is better known for the Royal Gorge.  Today we opted to travel the Skyline Drive, a one-way, 2.6 mile drive that is accessed west of the city.  It was built in 1905 by prisoners.  They received ten days off their sentence by working one month.  When first opened, it was unlawful for automobiles to be on the drive—only horse drawn carriages.  We drove this road with our little RV and it was white knuckle.  Perhaps they trusted horses more than automobiles in the early 1900s. Dan remembers his Mom being scared to death on the road in the 1950s when they visited the area.  Here is a YouTube video, not made by me, but gives a good idea of how the road is while moving. Dangerousroads.org includes it on their list. 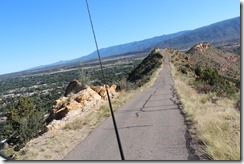 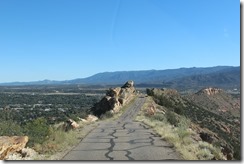 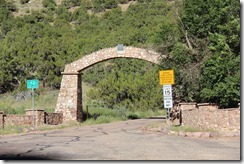 Hwy 50 follows the scenic Arkansas River.  It was especially pretty this day because all along there were fly fishermen casting their wide arch while standing in the river.  Just before reaching Salida, we were able to veer only a short distance off the road to find Hayden Creek Campground.  The sites were free after Labor Day and it was nearly deserted.  Hayden Creek provided us with a beautiful falling water sound for the night.  The fire and jacket felt good in the mountain air. 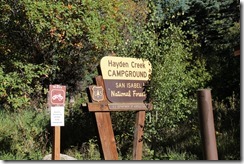 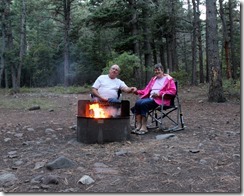 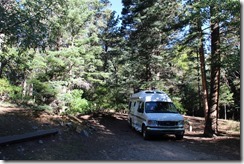