Once again son-in-law Marc’s company has undergone a merger and with that comes another change—this one is very exciting!  Kim, Aaron, Adam and Evan, along with Marc, will be moving from the Raleigh/Cary area of North Carolina back to Kansas!

We have known this for a while, but until they are here on Kansas soil could I really believe it was all going to happen.  They have a house but will be unable to move in until the first of the year.  They have secured a rental that will accommodate all of them and their two dogs  until then.  But, their moving company won’t be able to pack their NC home for another week.  And, school starts before then.

So, we are excited to have house guests for a while.   Kim is staying here with Adam and Evan while Marc and Aaron flew home to close things up there.  She is keeping busy with school preparations and the unbelievable amount of changes that have to be made when moving.    We are trying to do some fun things here before the kids have to go back to classes.

We’ve gone on several pontoon rides.  Pontoon?  I better go back and tell about our little purchase in Nashville Tennessee on the way home from Aaron’s graduation. 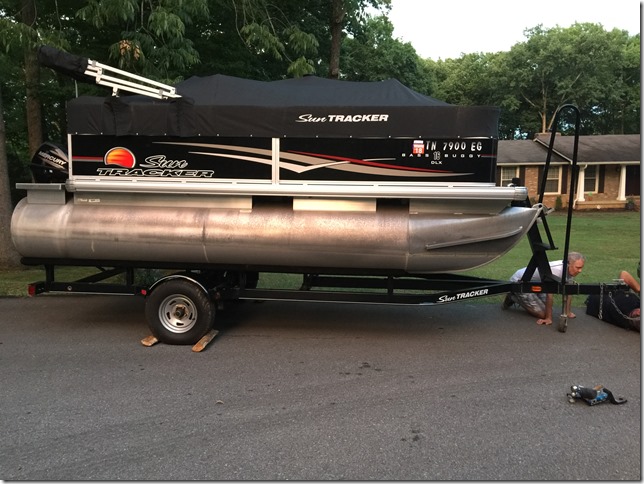 We wanted a pontoon for a long time.  After a lot of research, we decided on a Bass Buddy 16 foot fishing pontoon. We wanted something that would be easy to take in and out of the water and transport.   Then it is up to Craig’s List.  Wouldn’t you know, one showed up that we could look at on our way to Aaron’s graduation.  We made a deal and home it came on our way back.

So, back to the kids.  I hope they have enjoyed being out on the water as much as we have since they arrived.  We prefer evenings in order to catch the sunset.  Lots of fun to have young people and laughter out there too.

Aaron had a friend so there is one extra in this picture. 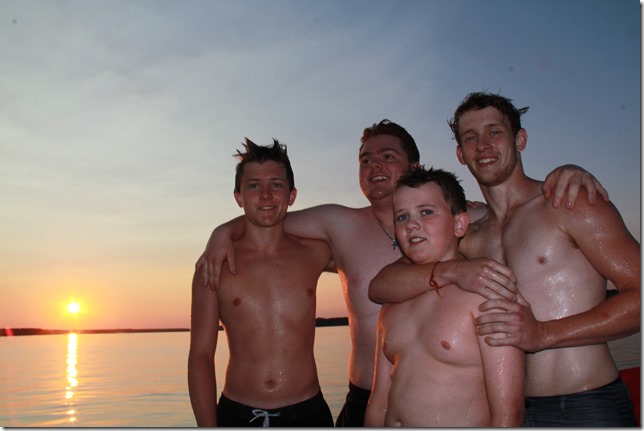 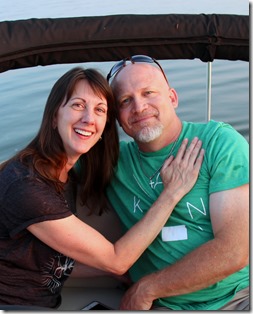 We still haven’t been able to figure out the perfect combination to catch fish in the middle of the summer, but we are working on it.