I have a soap dispenser in the bathroom that needed refilled.  Here’s what happened when I added a different kind of soap.   I think it is pleasant contemplate.  All together now, 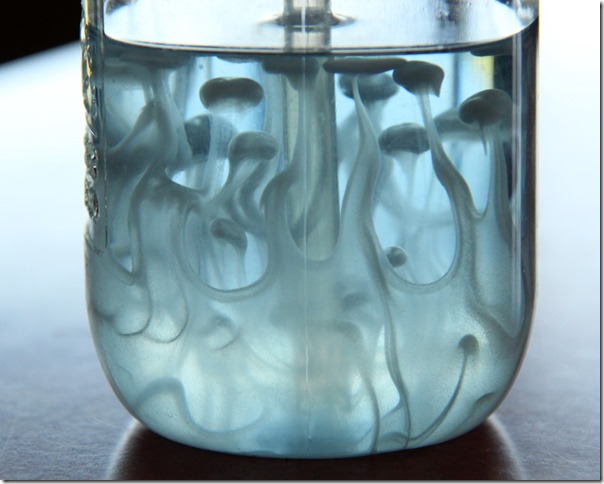 We were in the Abilene/Chapman area for Dan’s 55th high school graduation reunion the latter part of May.  We had time, so we drove from Abilene to Chapman on Old Hwy 40.  This marker was just east of Detroit.  The fact that there was a geocache located there is actually why we stopped.  Geocaches are often placed at historical locations. 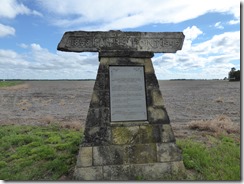 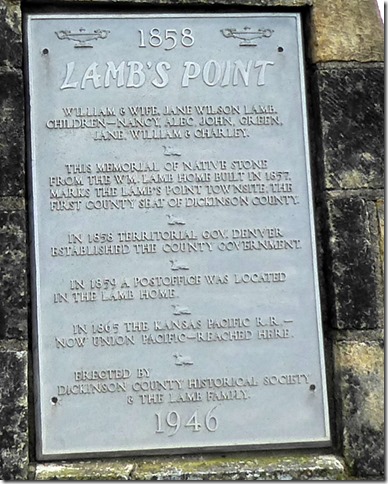 A marker at the site of Lamb's Point, one-half mile east of Detroit, Dickinson county, was dedicated June 14, 1946, with Charles M. Harger of Abilene, former president of the Kansas State Historical Society, giving the dedicatory address. Lamb's Point, named for William Lamb, was the seat of the county government for a time in the late 1850's, and was a stopping place on early stage lines. The memorial was erected by the Dickinson County Historical Society and members of the Lamb family.

Since both Dan and my family were early immigrants in the area, it is interesting to read about life there in the late 1800s..   But, then I found myself getting caught up in reading the 1946 quarterly newsletter.  Here are a couple other interesting pieces of news.

There was a celebration of the 100th anniversary of the Donner party visit and location of the grave of the first death of one of their members at Alcove Springs in Marshall County Kansas.   Alcove Springs was a stop along  the Oregon Trail.  The newsletter reports there was a petition to the National Park Board to make the Springs a National Monument or Shrine.  I believe that is still in the works—although it has a Kansas State Historical Marker.

Last, there was mention of booklets that were being distributed in Kansas.  One of them was entitled, “"What Historians Have Said About the Causes of the Civil War," by Howard K. Beale”  I hope this book was just poorly named.