The annual Memorial weekend campout in our neighbors  driveway began several years ago when we decided to go over to Clinton Lake for the weekend to break in their “new to them” camper.  We drove all over that park and the only possibility was camping among the motorcycle group.  We headed back to the driveway.

The weekend has taken on a life of its own.  Last year it was a huge group—this year not as many could make it.  We didn’t take our camper because the generator was  on the barn floor—a project that was bigger than we thought. (another one of those “projects” I talked about earlier)   So, we just drove home.

Tom invited his baseball coach from college & his wife this year.  They stole the show with their sixties Shasta trailer.  It was nearly original.  Well done. 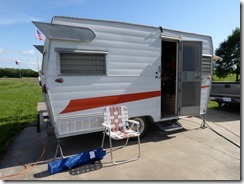 There was a lot of good food (Christi’s milk can stew),  homemade root beer (cooking in the picture with dry ice),  always excellent breakfasts, and conversation with a little singing! 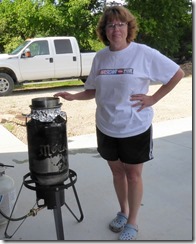 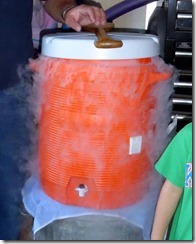 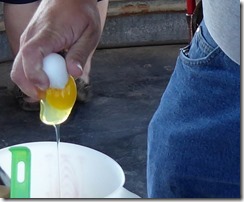 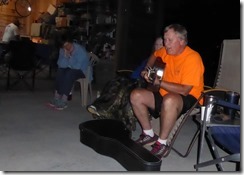 Tom and Christi have a nice place to entertain.  Their big lake provided fishing.  A nice pit for a bonfire.  And a granary.

A close by neighbor  left farming at age 65 to travel and that is how Tom & Christi got the granary.   They  were able to get it home without any  damage.  We were traveling at the time and missed the big move.  They fixed the metal in several places, but for the most part, it is in great shape.  Then they did their magic. 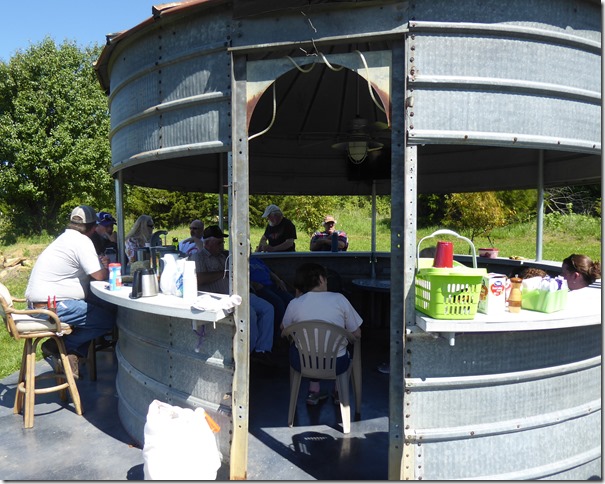 They have a old pump that runs water into a old wash tub on a stand.  The counter tops are concrete.  Definitely unique and works great for entertaining.

Speaking of Memorial Day, my parents would have liked this: 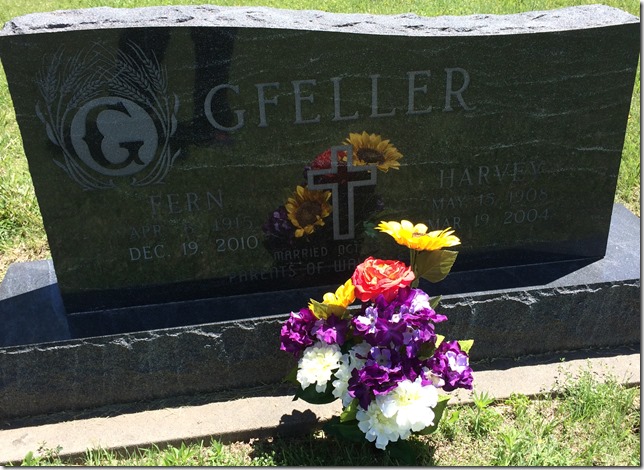 I may be jumping around here a little, but I was looking through pictures and just had to write a little about some May adventures.

Echo Cliff is near Dover Kansas—the best pie in Kansas—to be specific.  The plan was for a day trip to eat pie, then visit a cemetery near Alma and stop by the Echo Cliff which is between the two. 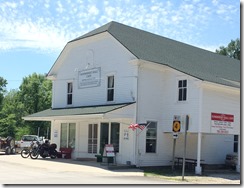 Sommerset Hall Cafe in Dover looks like it should be in a larger town.  The building is well-cared for and the inside is clean and cheery.  The food is predictable.  I would suggest eating in such a way as to save plenty of room for pie.  The Dover pies were chosen as best in the state.  I think there was even some national recognition. Well deserved.

Even though we didn’t stop by Echo Cliff on this day, here is a picture of when we stopped by there with our SHARE ladies.

This “Indian Cave Sandstone” bluff is along Mission Creek in Wabaunsee County.  The information at the site says it was formed about 300 million years ago.  When we yelled, there was an echo.  Some of the group we were with remembered the area as a popular gathering place for teens in the 60s.  It probably still is.  There is a small county well maintained park there.  Definitely looks out of place for Kansas.

Our destination on this day was a cemetery informally named “The Lutheran Cemetery.”  We didn’t have a clear idea of where it was located. We had a map and time to spend driving around out in the Alma area.  We did finally stumble onto it.  And, on this day, it was beautiful. 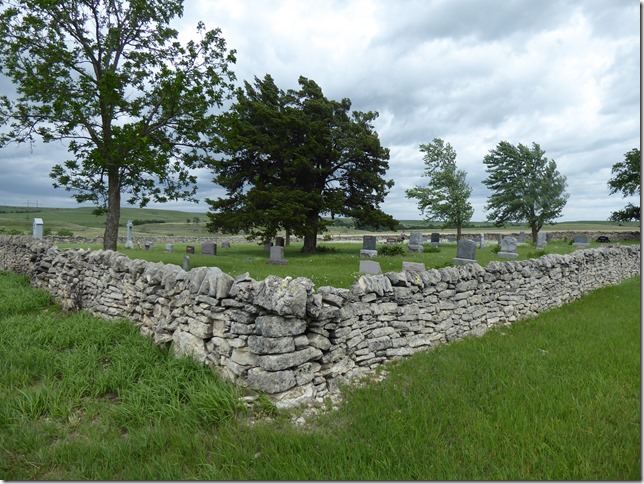 We visited at just the right time to see a sea of Ox Eye Daisies. 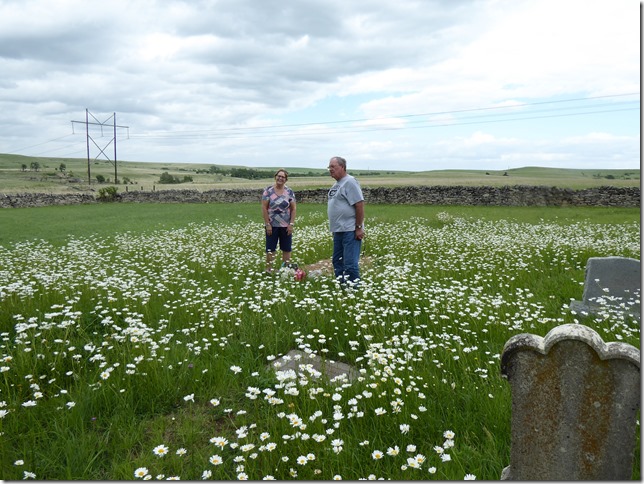 Dan and I have enjoyed visiting small secluded cemeteries over the years and this is one of the most beautiful.  Thanks Sue for wanting to find it. 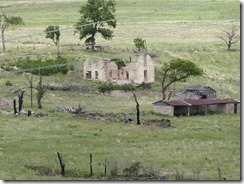 This picture is a close up of the abandoned ranch that is in the very back left side of the flower picture.  The house was the typical limestone construction so often seen out in the rolling pastures. 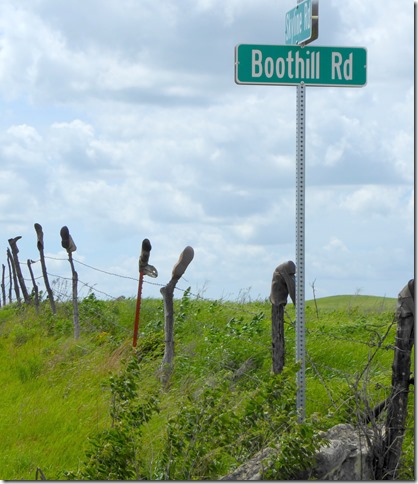 Only in the Flint Hills.