Caught a cool one

Friday morning the forecast for the Topeka/Kansas City area was almost perfect.  So, when Cheryl called asking if we were up for an impromptu day, we said absolutely.

Dwight and Cheryl were our first neighbors.  They lived across the street from us in a trailer court in Emporia.  We met them only a few weeks after we both were married.  We had some good times those early days—camping, fishing and anything that didn’t cost money.

We both moved to Topeka, had kids and  grandkids all about the same time.  They now live in Kansas City but we still see each other a couple times a year.  They are and will always be a part of our lives.

We started out the day by having iced tea and catching up at their home.  Then it was off to Joe’s Kansas City BBQ.  We have never eaten at the No. 1 BBQ place in the US* so we stood in line at the filling station.  From there we went to the World War I museum.  What a treasure for Kansas City.  I feel I need to go back in order to fully cover it all.  Then we rode the new trolley that goes from Union Station to City Market where we stopped off for a beer.  Then back to the start on the trolley.  Finally, we went by the new Church of the Resurrection building and stopped by the Scheels store to check out the indoor Farris Wheel.

Who knew there were so many new things to do in Kansas City.  And, we didn’t even make it to Nelson-Atkins Museum of Art.  Next time… 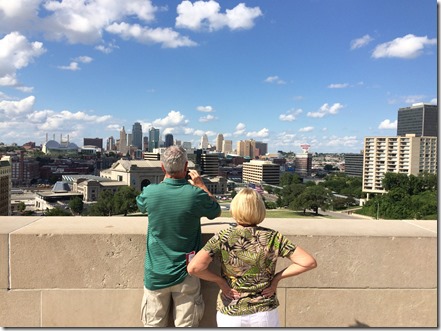 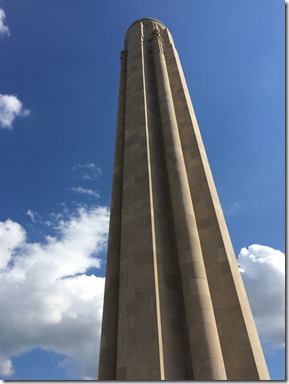 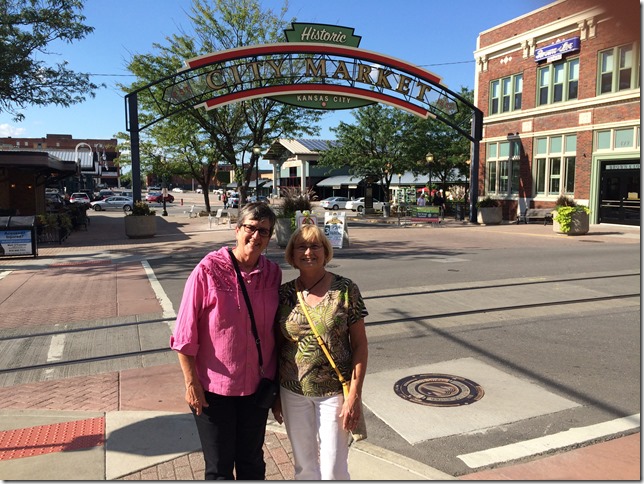 *Well, at least it is in the top five.

July was a hot month for friends

Well, it was hot.   But I meant, we saw a lot of long-time friends too.  And, I would say they are hot looking

It really didn’t have anything to do with our 50th.  It just happened that July was a good meetup month.

First, our long time friends Kaye and Lynn.  They are our destination in Phoenix for a couple weeks in the winter.  They actually came up to visit their daughter, but we managed to slip in a great day together.  Their 50th Anniversary is coming up this month, so we reminisced about our weddings and dating before that—yes we do go back that far.   I should have got out my good camera because it was getting dark when they left and the cell phone didn’t catch a good light.  Here is the best one: 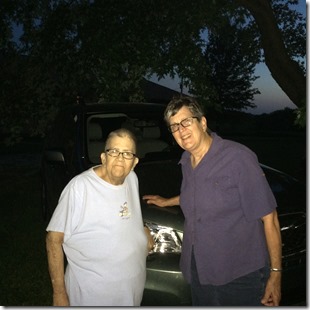 Then, Sue Jeanne and I decided we were overdue to celebrate birthdays.  We ate at the Yard House in the Legends (Kansas City).  Good food—even better beer.  Then we went over to Jeanne & Denny’s to ride on their new little toy.  Jeanne has the most beautiful yard.  And, she knows the name of each plant. 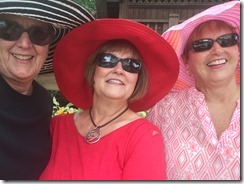 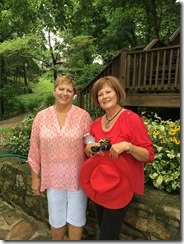 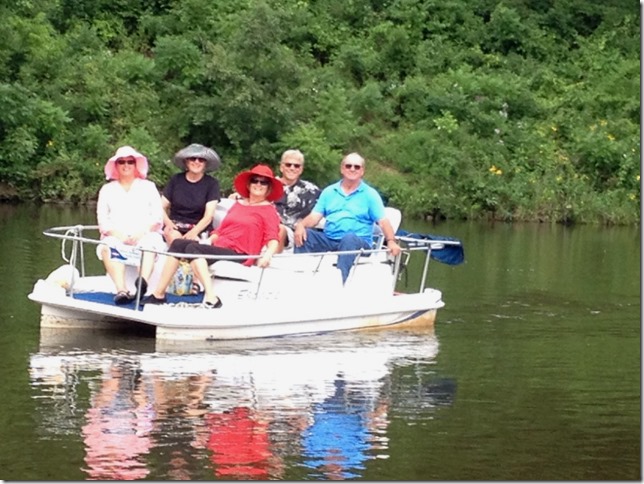 This is an electric boat.  What a nice way to enjoy the water.  Quiet and relaxing! 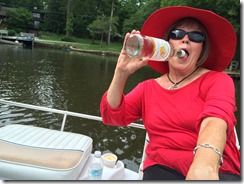 Then tomorrow I’ll have a few pictures from the WWI memorial in Kansas City Mo.