Nothing says “football” like 95 degree temperatures and sunshine.  Heat certainly didn’t stop over 54,000 people Saturday evening.  Great game—KSU shutout South Dakota 34 – 0.  Our seats were low and in the end zone but there is a new jumbo screen on the north end zone so we didn’t miss a play.  Despite what you might be hearing, the Pride of Wildcat Land KSU band had an awesome halftime performance.

We were waiting to regroup after the game.  Always enjoy the opportunity to people watch at the stadium. 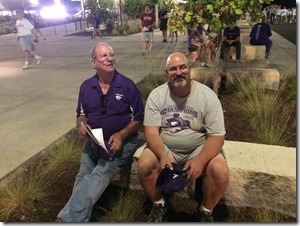 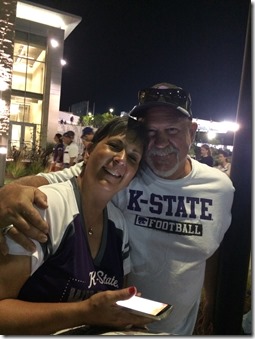 Wakefield is only about 30 minutes away from our campground.  Sunday morning, despite snacking and “hydrating” after returning from the game the night before,  we got up and drove over to our long time friend’s church that he started and has pastored for many years.  It happened to be a morning they were presenting a Quilt of Valor to one of their members who is also a Vietnam veteran.  It was a touching service.

After church we decided to eat at Nelson’s Landing.  They serve fried chicken on Sundays. 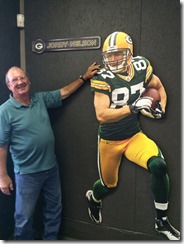 Christi’s tackle was better—although I think it might be considered  “holding.” 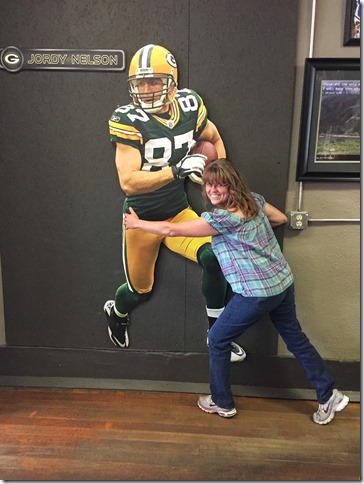 It was so hot Sunday afternoon we had a Sequence tournament in Tom & Christi’s camper including a losers bracket.  Christi and Peggy were champions!

Sunday evening was much cooler and tolerable because Christi and Tom made homemade ice cream.   Which we ate over warm peach turnovers made using a pie iron. 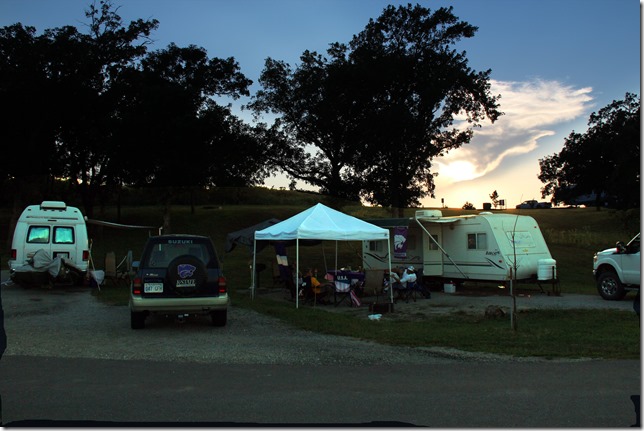 Home today by noon because rain was moving in.  Fun times!