By now there are enough blue moon pictures out there that everyone has seen one.  In fact, I wouldn’t be surprised if some just skipped this post thinking, “Not another picture.”  For those who have been out of touch, there was a second full moon in July.

I read there will not be another until 2018—the last was 2012, which I wrote about here.  Those who follow me might remember I made a list of songs that had Moon in the title.  Oddly enough, in that post I did not list the song, “Blue Moon” that was done by:  The Marcels, Frank Sinatra, Elvis Presley, Dean Martin and Billy Holiday—probably more.

Here are some pictures put up by NPR from around the world.  I have no idea how pictures are taken with the moon so huge.  I suspect a BIG telephoto lens.   Kevin Kirkwood, a neighbor with a gift of great picture taking, took this picture over the silos at the farm.

Yes, I was out there with my tripod.  I deleted most of them.  As with most of my attempts at picture taking, the first one is the best.   The bell picture was taken with the garage lighting.  I actually think it isn’t too bad, except for the bird poop.   Dang Barn Swallows…

Well, here are my pictures—bird poop and all. 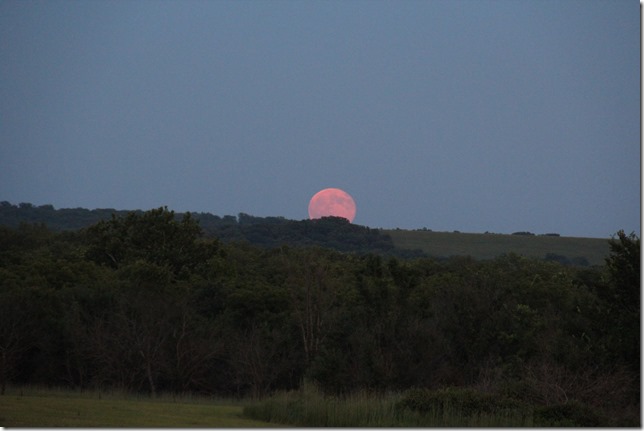 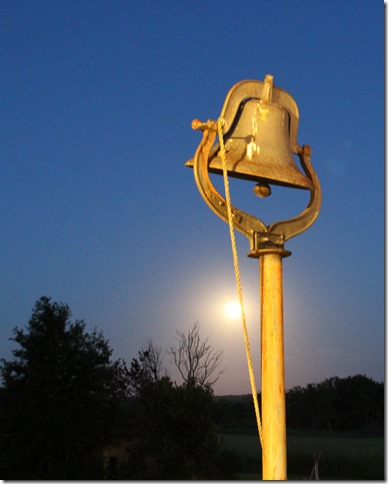