Dan and I took a tour after another 2 1/2 inch rain several mornings ago.  It wasn’t enough to bring the water up enough to go over the spillway on the new pond, but it did cover up the outlet tube. 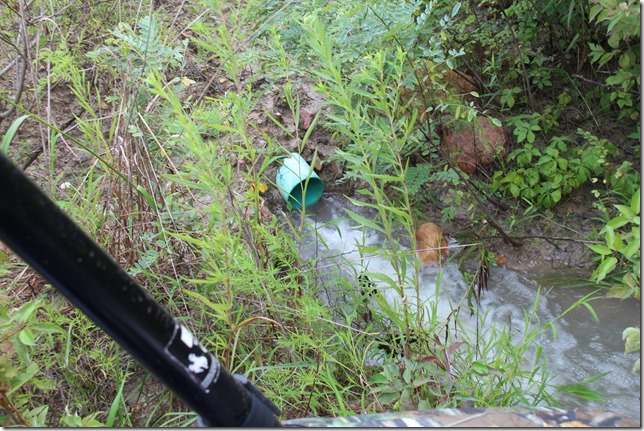 Dan then spotted the snake down in the grass about nine feet from the outlet tube picture above.  I set the camera on center focus and pulled the telephoto up as far as it would go.  I took three pictures—for some reason, all with the same setting.  At first I was disappointed, but the more I look at the picture, the snake head in the bubbling water is sort of interesting…. 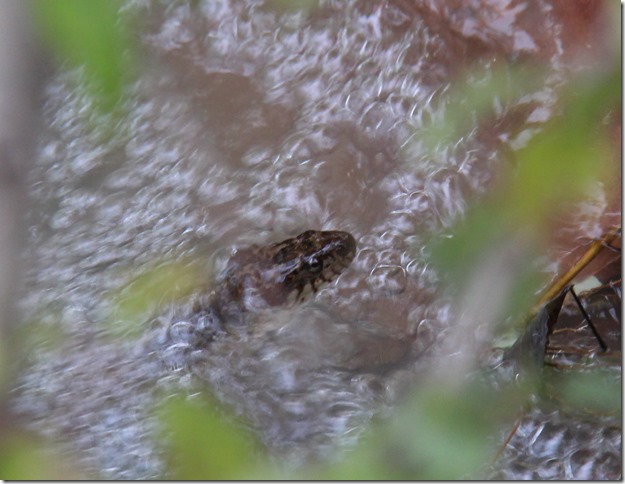 Several days ago, Dan came in from getting the mail and told me there might be a “blog” moment on the drive way.  Usually when he tells me this, it is worth grabbing the camera and checking it out.

Here is what he found laying eggs. 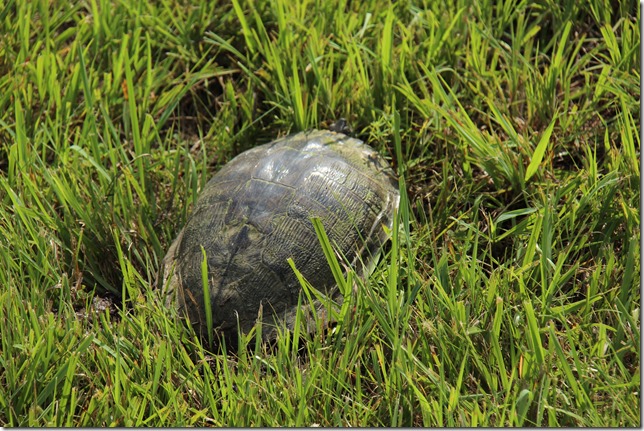 We call this a pond turtle.  I thought maybe she was a painted turtle because they sometimes spend time on land.  I discounted that because there are no bright markings.  She didn’t seem too aggregated with us—she barely stuck her head out.  Maybe she was concentrating on laying those eggs. 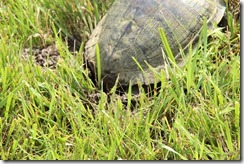 While we were watching her, a neighbor stopped by.  When we came back to check on her, she was gone.  Here is her hole.  We don’t think she laid any eggs.  At least we couldn’t see any down there. 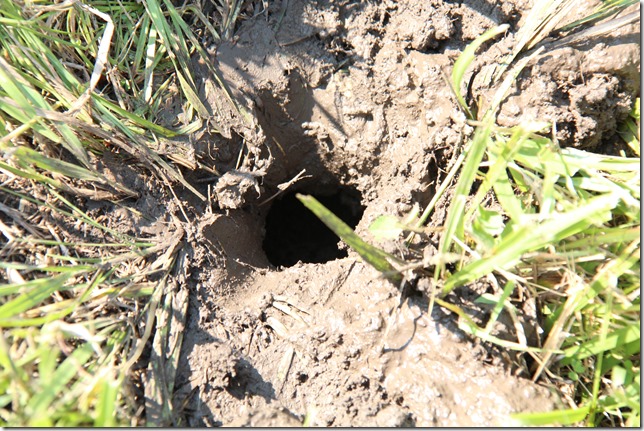