It wasn’t a big celebration—but lots of laughs and plenty of food.

I wanted to fix something that Dan would like.  He mentioned fried chicken.  I think someone else can fix that better.  So, we settled on Frogmore Stew.

An important part of Frogmore Stew is corn on the cob.  We were lucky to find good quality at Dillon’s.  The shrimp were frozen, but where we live, that is what to expect.

Here we are after the dinner and getting read to blow candles on the cake. We’ve celebrated 49 birthdays and today was the first time I gave Dan flowers—although half of them were from the pasture.

If you look closely, at the bottom of the picture is a hole in the table.  We have a leaf for the table with a hole especially for serving Frogmore Stew.  Traditionally shrimp shells and corn cobs are dropped through the hole into a trash can.

Christi had another idea…. 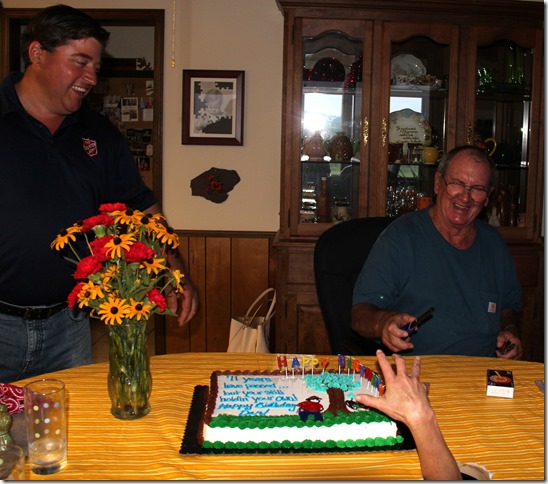 The cake was funny—study it a while.   Thank you Heath & Connie. 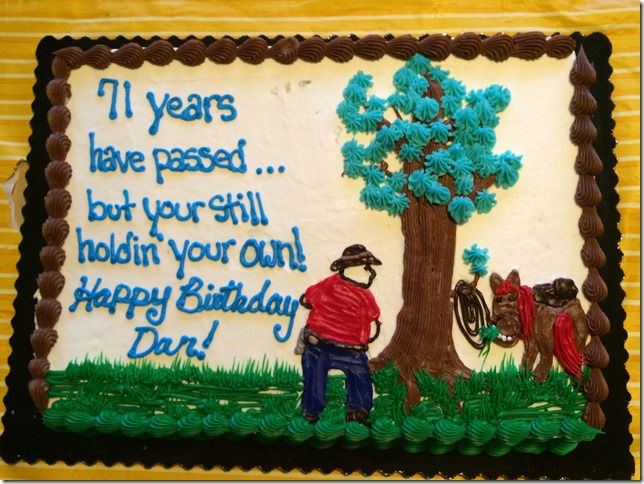 He was pleased to get calls from the kids and he actually answered a text from Carly.  Maybe he will get techie in his elder years!