I love this one of my Mom and her brother Uncle Oscar.  This picture is cool in so many ways. 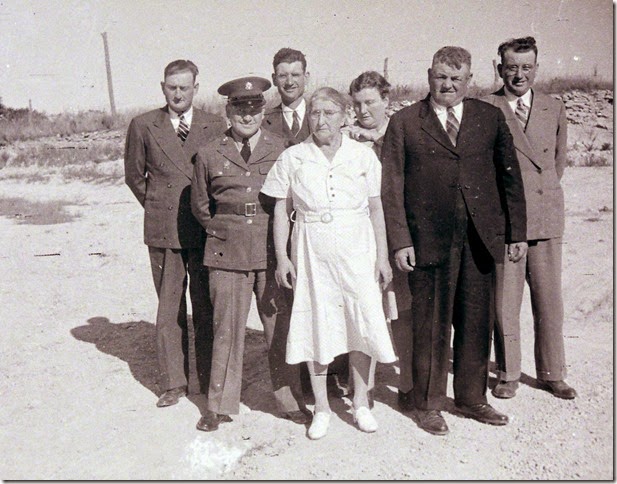 My Dad is on the right.  His parents are in the middle.  Some of the other pictures taken at the same time have Wayne as a baby so this might have been taken right before Uncle Bill left for WWII. 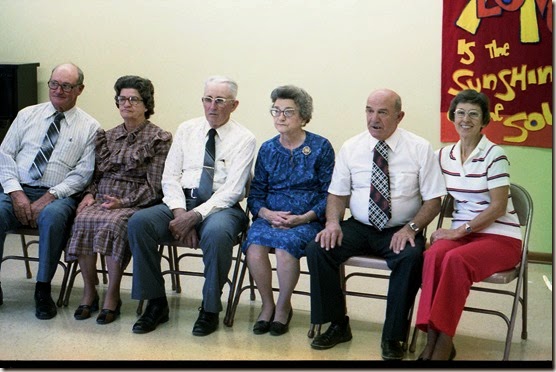 Dan’s mother, Esther second from left, then sister and brother 4th and 5th from left. 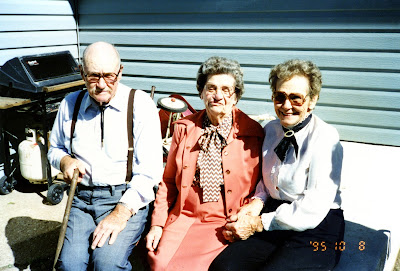 This is Dan's Dad and his sister with Dan's mother in the middle. 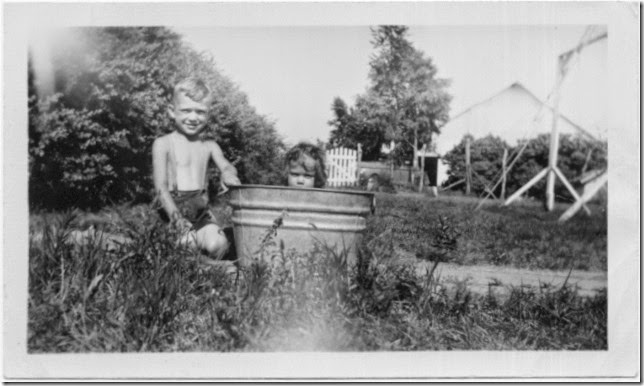 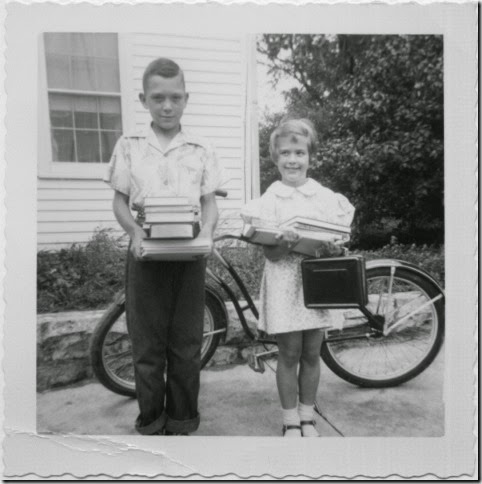 You’ve got to love the first day of school—in case you don’t remember, one room, one teacher—all eight grades!  Wayne and I are ready. Dan (third from left) and his brothers at Christmas. 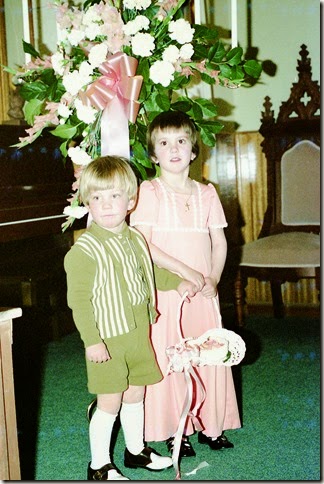 Kim & Doug are all dressed up because it was Paul & Janice’s wedding.  And, their anniversary is Monday. From the age of the kids, I think it will be their 42nd anniversary. 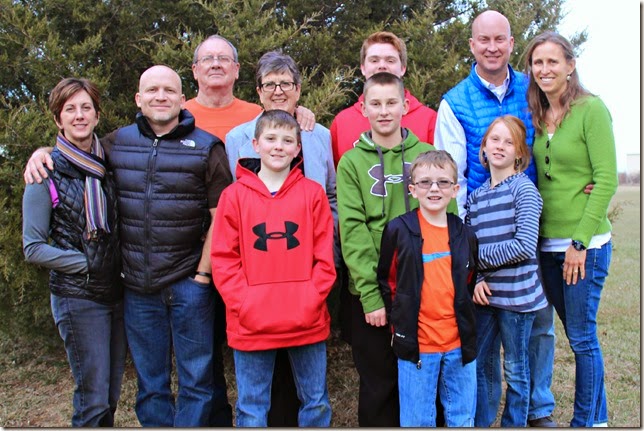 As for our grandchildren siblings—There is no way I can decide on which pictures to include and because it is getting late and there are so many.  Here is the most recent complete family picture.  It is one of my favorite entire family pictures—but then I love them all.
There you go, sibling day to the extreme!
Posted by Linda at 12:02 AM 3 comments:

One of my favorite Easter traditions is the sunrise service.  This early, dark morning on top of the Stull Cemetery hill seemed like it might have too many clouds along with the cold.  No matter because we all knew there were pancakes and sausage afterwards. 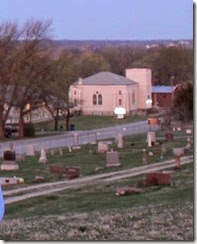 The youth had a meaningful skit and we sang. Then, in the end, a beautiful sunrise.  Unfortunately, I cannot post the picture because of the age of the group.  This really is a beautiful cemetery especially with the early morning sun reflecting to make the church look pink.

It was a quiet Easter—no children to boil eggs.  We didn’t even buy jelly beans this year.  It was a good day, though.  Maybe a little reflection is good on Easter.