We are finally feeling confident in our ability to get where we want to go here in Cary.  For some reason,  we have been direction challenged.    However, we can now get from our campsite to the Hoobler home without GPS. 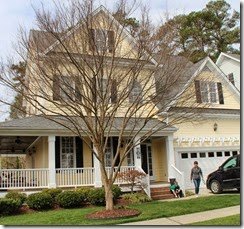 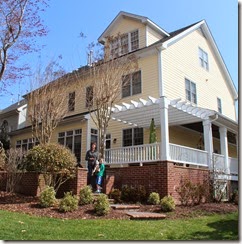 The wrap around porch certainly gives the southern feel and I know they will use it as the weather warms.  As with most homes in this area, they do not have a basement.  So, Dan & Marc have a project in the garage. 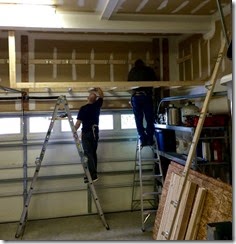 This is called, “Creative Storage.”

We’ve been parked at the Jordan Lake State Park, which is only about 15 to 20 minutes away.  The kids have come out our way several evenings for a campfire and conversation.  Finally, last night we made use of our fishing license by catching  channel cat & strippers.  Evan was especially excited to catch one. 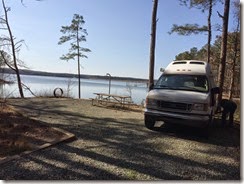 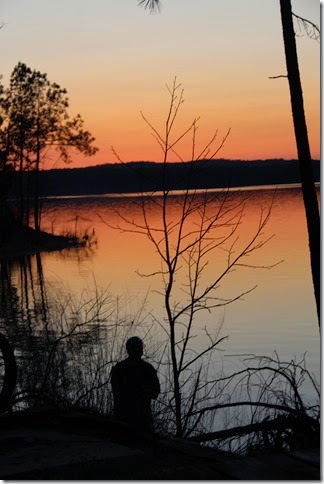 How great is it to live two hours from the beach?  Definitely a day trip.  We decided to check out the beach before lunch.  It was cloudy and still cool. 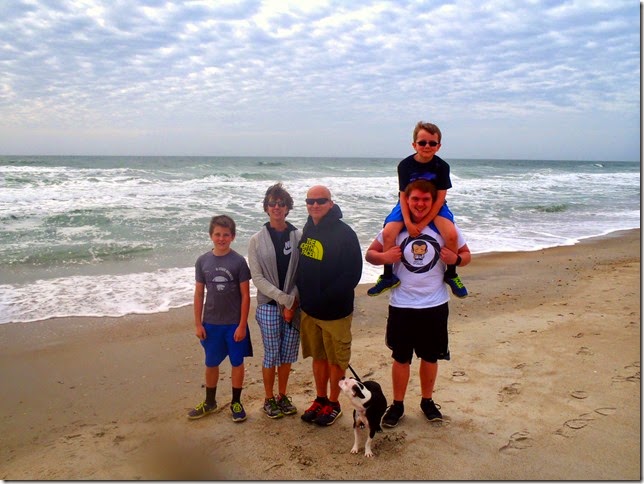 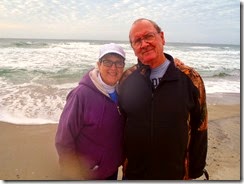 The clouds seemed to be breaking so we decided to eat lunch in Wilmington and come back when it was warmer.

Front Street Brewery had good reviews and rightfully so.  The beer was good and the food excellent. 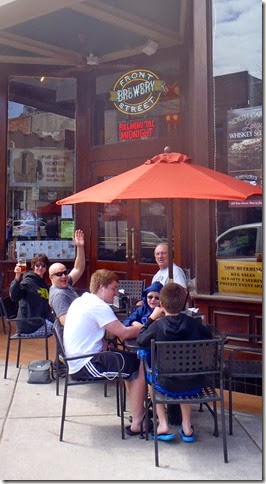 Not surprisingly, Aaron had the Mug of Bacon appetizer and Evan actually lost his other front tooth—and that was just while we were waiting for our main course.  Everyone said their food was excellent, but Dan & I thought our order of Shrimp and Grits with cheese sauce was exceptional.  It certainly was not a dish that would be found on a Kansas menu.

Back to the beach in the afternoon where we found surf and sun. 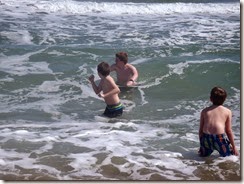 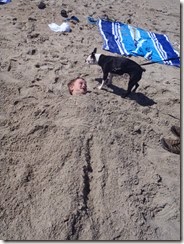 It also means the location of Marc’s new job. 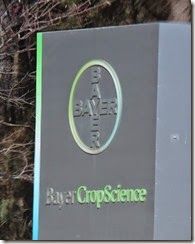 As to the three colleges in the Triangle, we have visited the campus of two of the teams—North Carolina State last Sunday.  We went there to visit the University campus area and to visit a microbrewery with the promise of checking out truck food fare—a not so unusual thing to do in this area.

Our Philly’s Cheese Steak was excellent; as were the fries & of course beer. 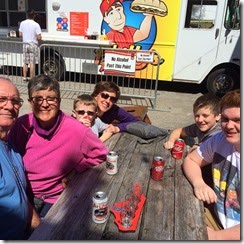 Today we visited Duke University specifically the Doris Duke Gardens.  The end of March might be a little early for most of the garden color, but the Magnolias' didn’t disappoint.  Kim and family will for sure be back to see the Discovery Garden where container gardening will be taken to a new level and the bees and chickens seemed to be a good idea.   Also the Rose Garden with its fountain and pergola as well as the annual and perennials throughout.

Click here or on the picture, then on “slideshow” in the upper right hand of the web page.  I’m calling this display Evan’s Duke Garden Journey. 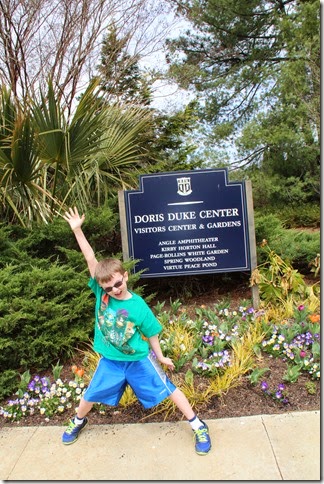 The Duke family’s fortune came from tobacco.  This picture is of one of their tobacco warehouses built in 1906.  It is now used for various organization offices affiliated with Duke University. 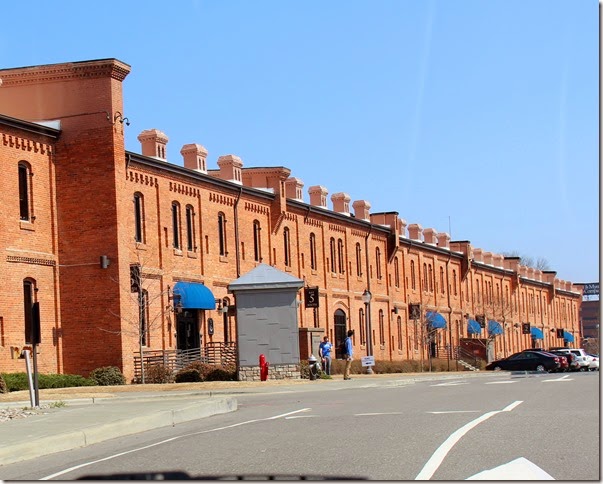 It’s been a long time since I updated so it will be hard to catch up in a few short sentences.  However, time at home between Phoenix and now pasted quickly as time can do when doing routine chores.  Not much of interest to write about but all of a sudden the trip to North Carolina was upon us and, that is exciting to write about.  So, here we go.

Our plan was to leave at noon on St Patrick’s Day, but it was three o’clock in the afternoon when I checked my watch driving up the driveway. The PW is headed east to visit Kim, Marc, Aaron, Adam and Evan.  They moved the first of the year and this will be the first time we visit them and their new home and city.

Despite the late start, we drove seven hours which took us to Mt. Vernon Illinois, a goal because that is where we drop south into Tennessee.  We brought our bikes with us this trip so The Cumberland River Trail at Ashland City, just outside of Nashville, seemed like a good break.  And, it was.  We didn’t ride the entire length but had to be close.  It was probably at least ten miles at that. 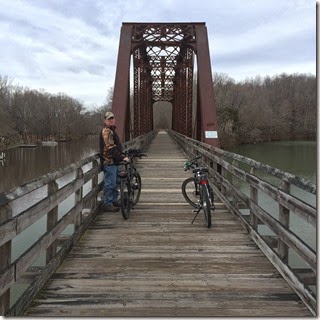 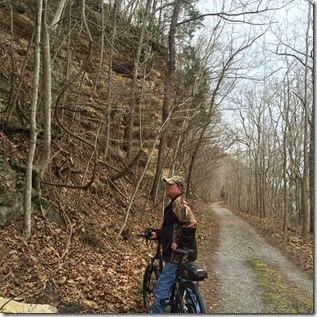 This is a beautiful trail in the early spring.  We could only imagine how pretty it would be in the fall.

We had a goal of Ashville for this night, but came up short.  We didn’t want to wind down through the Smoky Mountains in the dark.

Thursday we pretty much kept the peddle to the metal with only a short stop at a Pawn Shop in Pittsville North Carolina.  We arrived at 132 Hamilton Hedge Place just as the kids were arriving home from school.  So good to see them.

Sleepiness has caught up with me so out and about around Cary and Jordan Lake will have to wait until tomorrow.