Symphony in the Flint Hills 2014

The Kaw Nation call themselves people of the South Wind.  Variations of the tribe’s name by French traders and other Europeans was Kanza or Kansa, eventually Kansas.

While most of those attending the 2014 Symphony in the Flint Hills could not count themselves as members of the Kaw Nation, they did experience the relentless wind from which those original inhabitants received their name.

Despite a wind so strong that all matter of ropes, bandanas and belts were used to tie down hats, it was a magnificently beautiful site with music that can only be experienced rather than described.

As I mentioned, we arrived in the area on the Friday evening before the Saturday concert.   The sun was starting to drop as we looked out on an expanse of pasture near the concert site to see not cattle, but horses!

This is the Vestring Ranch and these are wild mustangs.  The Vestring ranch receives $1.20 a day from the Federal government to feed and care for the horses.  We learned about wild horse ranching at an educational tent after our 9:00 am until 3:00 pm shift at the seating area.

Here is an early morning view of the concern area. 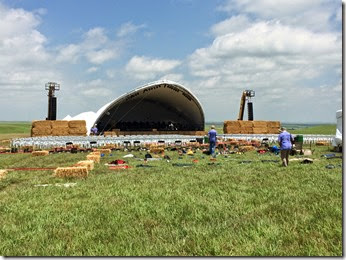 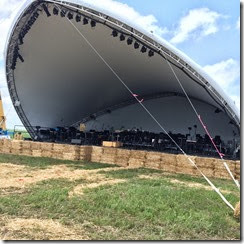 The people are starting to fill up the seating area. 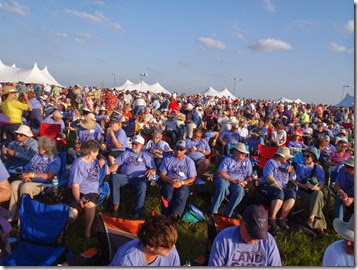 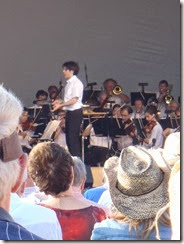 The hills seem a bit flatter in this southern area. Aren’t the shadows stunning. 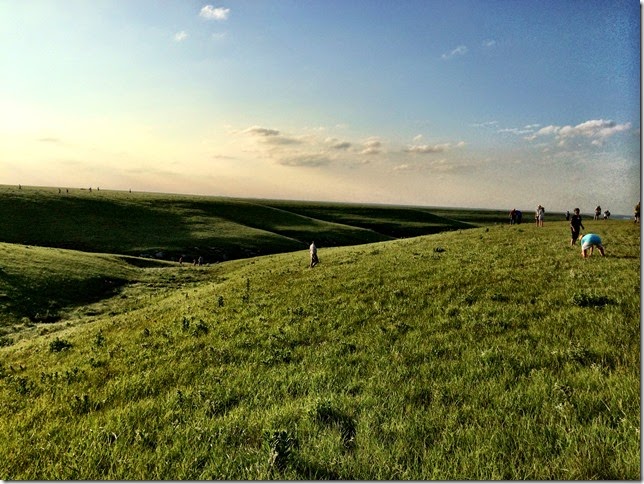 As the sun went down and the music drew to a close, they drove the cattle so they and the horses were back lite. 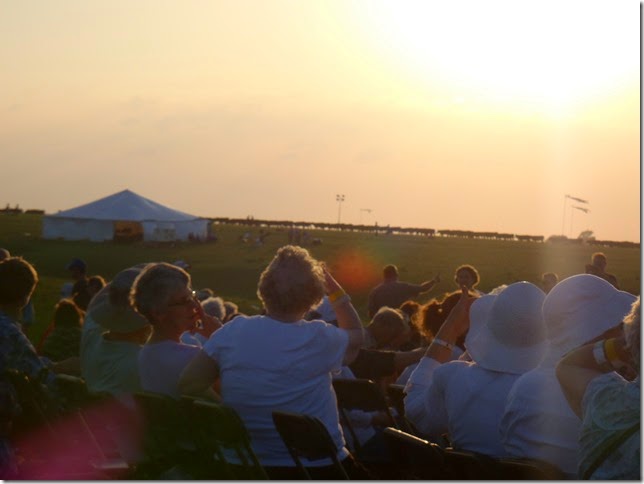 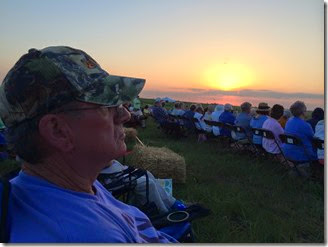 The sun sets on another beautiful day.

The Great Plains UMC meeting at Lincoln was informative and inspirational.  It was held downtown Lincoln at the Lied Center which is only a few blocks from the Haymarket area.  After sitting all day at the convention, I just wanted to get back to our RV and sit outside in shorts, cold beer in hand so we never made it to the historic district.

The RV park is only about five minutes from the NU football stadium and only a few minutes further to the Lied.  Can you imagine how full that park is all fall?  It is clean and well maintained.  We have to admit sometimes it is nice to pay the price for a nice place to park.

Dale Lilyhorn from WindCrest Winery told us about a popular pizza place nearby named Raymono’s.  So, one evening we drove back out that way for pizza.  We agree with Dale, it is delicious pizza!  We ordered the special, Cheeseburger pizza.  I am sure we lost a month of our life with all the fat in that pie, but it was definitely worth it. 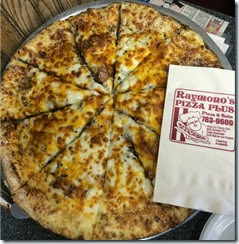 We left at noon Friday driving straight south on Hwy 77 toward the site of the Symphony in the Flint Hills where we were scheduled to volunteer in the seating area again this year.  It was a nice drive through fertile farm land. At Manhattan, we continued south on Hwy 177 to Council Grove, Cottonwood Falls and then Cassody.  We located the Symphony site and then spent Friday night at El Dorado Lake.

It’s good that we left Lincoln at noon.  It was a longer drive than we anticipated.  By the time we pulled into our spot at El Dorado Lake, the sun was dropping.  More about the Symphony tomorrow.