Adam had his spring orchestra concert last week.  Well done.  I didn’t get a good copy of the sound and Adam was blocked by another person from where we were sitting.  Here is a great picture of him after the concert, though. 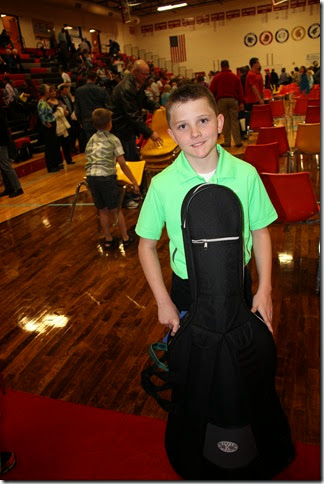 The brothers were there for support and for clowning around 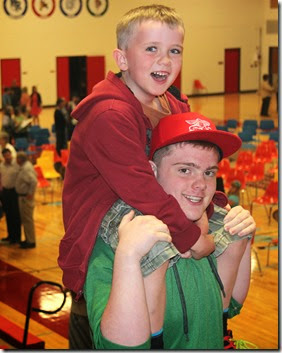 Last Friday morning we took off for Colorado.  We went to watch the Colorado grandkids, but also to sell the Northstar pickup camper.  I posted the camper on the Denver Craig’s list on Wednesday night.  Thursday morning someone called from the Dillon CO area and more or less said he would buy it—and he did.  Sorry to see it go.  We had some good times in it—including the Alaska trip several years ago.  Here’s one of my favorite pictures taken at Tuttle Creek Lake. 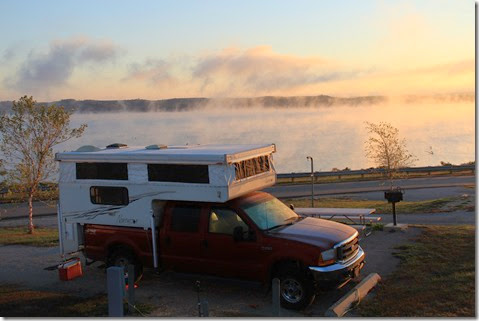 We hung out with Trent & Carly and traveled over to Fox Run to mainly to let Gunner run some orneriness out.  We had to tie him back up because there were so many people there and all of them were his friends, or so he thought. 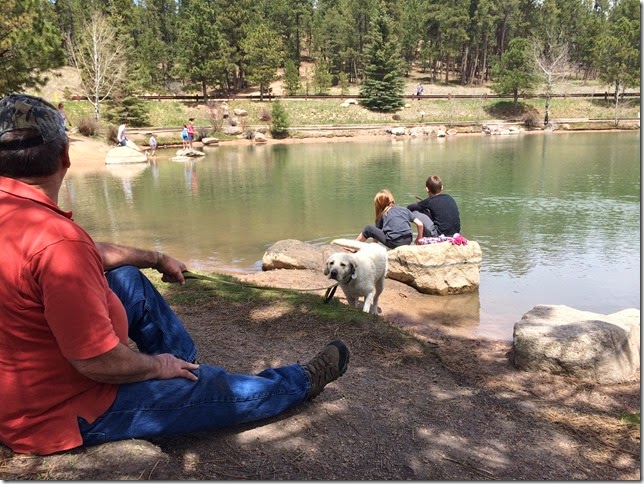 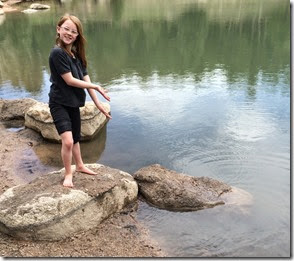 Carly covered this rock with mud.  Does anyone else see an alligator?

We had to run to the Big R for a part to fix something on the camper and found a chicken house that had a bunch of damage which caused it to have a big markdown. Of course, it will be easy for Dan to fix.  Most likely easier to fix then to keep alive the three chickens it will hold with all the predators around.  This will be a source of much information on this blog I am sure.

I was headed out the basement door  with a load of laundry.  Dan was right in front of me when he jumped, causing me to jump and almost lose the basket of wet clothes.  Here is what caused him to jump… 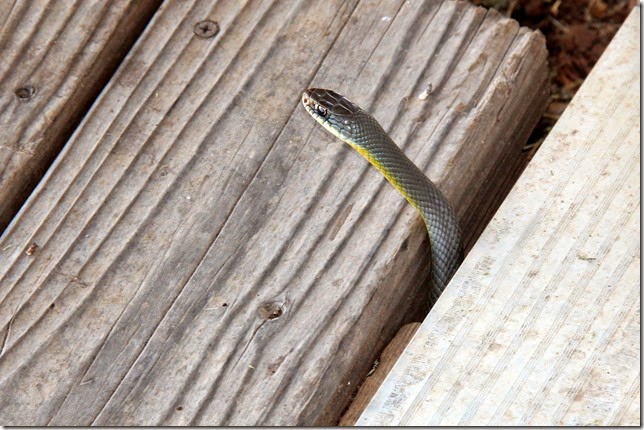 Just looking around, I guess.