Land Between The Lakes and home to Land Above the Lake

We’ve been within shouting distance of Land Between the Lakes before—this time we decided to see what it is about.  This is one place we will  spend more time.  If we are willing, we could get there in one day—about a nine and half hour drive.

The area between the Kentucky Lake and Lake Barkley is called the “Land Between the Lakes” and the road is called The Trace.  It is a United States National Recreation Area.  President John F. Kennedy commissioned the area in 1963.

One of the reasons we would return is the Turkey Bay OHV area.  There are about 100 miles of off road riding.  If we are pulling the ATV that far, we might as well drop by the St Joe State Park in Missouri which contains 2,000 acres of off road riding.    I could see this happening during fall color.  We’ll see.

We didn’t stop much on our way through (we are headed home, you know) but we did visit one of the many cemeteries in the area.  There were numerous small communities with churches before the land was claimed by the Tennessee Valley Authority.  Of course, each church had a cemetery.  These are fun places to look for geocaches.  And, I did find the “Jenny Ridge Cemetery Cache.”  (If you are into geocaching, I am “lindanorthstar.”

We didn’t arrive at the LBL area until afternoon.  After exiting the Natchez Trace, we drove north on the Tennessee Scenic Hwy 13 Tri River Road.  Dan and I will most always choose backroads rather than four lanes.  However, in this instance scenic meant very curvy.  There were even two hairpin curves.  Did I mention the horse was headed for the barn?

At this point on all of our trips, we usually have to go through a grumpy time.  Dan is ready to get home and I am sad the trip is over.  We work through it and even decided rather than drive until we were exhausted, we would park in the Booneville MO Walmart.  We arrived home at 10:30 am.  That’s even with a stop in Lawrence to fill up with propane.

So, we got home, unloaded and put away in time to see KSU lose.  Not to end with a negative, I will say again, it was a great trip.  Thanks for following along!

Sometimes when we point our van toward home, it is hard to slow up enough to visit anyplace else.  With the Natchez Trace, we could just keep on driving north and learn  about history as well.

It was the early 1800’s and the Mississippi Valley settlements were isolated from the east coast.  It was a long tedious process getting mail to the area.  To speed mail delivery and to bind the areas together, President Jefferson ordered the Army to clear a trail first used by animals and Native Americans.

This “road” was called the Natchez Trace.  One of the informational signs said, “This early interstate road building venture produced a snake-infested, mosquito-beset, robber-haunted, Indian traveled forest path.” Besides mail carriers and Indians, traders, soldiers, settlers, slaves, circuit rider preachers, outlaws and adventurers used the trail.  Also there was a group called “Kaintucks” who floated their commodities down the rivers to Natchez or New Orleans, sold their boats for scrap wood and walked home.  Despite his great adventure, Meriwether Lewis was killed on the Trace.  Unbelievably,  the postriders could carry mail between Nashville and Natchez in ten days.  It took 30 to 35 to walk.  In 1820 steamboats made the trip much faster and easier.  The Natchez Trace lasted only 20 years.

Now the entire length of the Trace from Natchez to Nashville is a National Park.  It is a well maintained two lane road, free of any commercial traffic or signs with a 55 mph speed limit.  We hopped on the road for ten miles or so south on our way to New Orleans.  Then we picked it up again headed north after our family visit.  We didn’t go all the way to the end, but felt we experienced what it might be like to be on the road in times past.

This is how the road looks now. 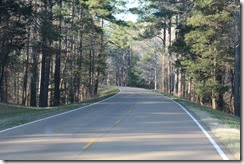 There are numerous areas where we could walk the old Trace.  Here is one. 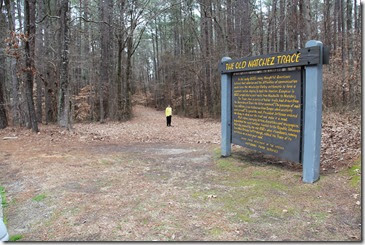 There are Indian mounds in various places.  These were places for the chiefs to place a house on top and it is thought they were used in ceremonies. 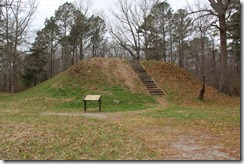 There is a first come, first serve,  no charge campground along the Trace—a beautiful location in the trees.  It was easy to imagine this might have been the place a traveler might have camped 200 years ago. 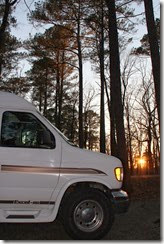 We’ve been excited about this part of our trip since we left home—spending time with Dan’s brother’s girls and their families.  And, we had a great visit.   It was good to see  them in person rather than a Facebook picture.  They are all Alabama girls, but are quick to say they don’t fall in step behind the Bama or Auburn backers like everyone else in their state.  We are glad they still claim the state of Kansas.

Here is the newest addition to our family and his parents.  So cute! 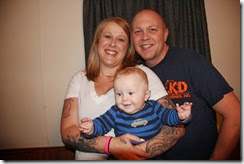 Here he is with his Nana 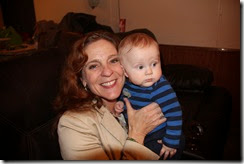 Our  niece and her daughter.  We helped them bottle feed their little calves and saw all the beautiful horses. 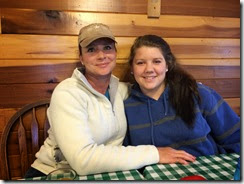 Horses and this little dog.  He was hilarious to watch. As with most dogs, he liked Dan. 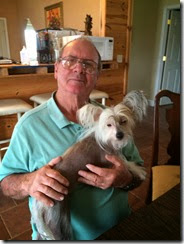 I had to include this one.  Everyone was trying to get precious little one to laugh so all of us are cracking up. 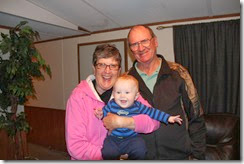 Breakfast and goodbyes this morning at the Mason Jar. 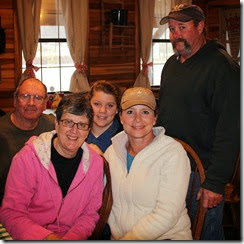