Yes, there was a wax museum visiting in nearby Tecumseh, Kansas. It was presented by the fifth grade classes at Tecumseh North elementary school. Adam is in 5th grade and he was Neil Armstrong. Also represented were Madame Curry, Sacagawea, Chief Tecumseh, Eldridge Cleaver, Booker T. Washington among others.

Here’s how it works. The students are seated around the room quiet and dressed like their character. They have a dot on their hand. We push the dot and the character comes alive and gives an animated presentation.

Here is Adam and his presentation.  Be sure to listen to the end.  I am sure there is something there you didn't know about Neil Armstrong--other than he got car sick as a child. 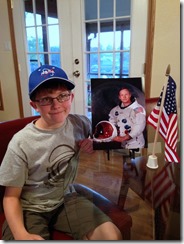 Catching Up….Mushrooms and a long-forgotten bridge

As I said earlier, this has been a banner year for morels.  I thought they were finished, then we did a little trek tonight and found a bunch more—along with a bunch of ticks.  I’m done searching because of the ticks.  (I've said that before though) Tonight’s finds were especially big. 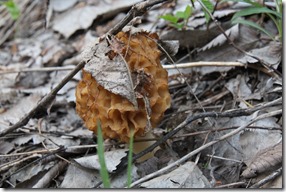 There is an abandoned bridge down in the valley.  We haven’t looked at it for years and didn't know if it was still there.   This year the wildlife people have burned and cleared some down in the area so we were able to get to the location, found with some tromping around through brush and thickets.  It is such a surprise when it first comes into view—almost ghost like. 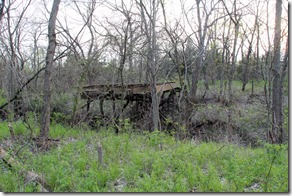 We think it was build by local farmers to access fields on both sides of a very deep ravine.   There have been  several big rains/floods since it was built and it still stands—although it would be difficult to actually walk across it without climbing a tree and balancing across on one of the beams.  No thanks! The supports are posts--probably hedge. We're not sure why it is so high other than to keep it out of high water.  If you look closely, there is a nice waterside home on the other side. 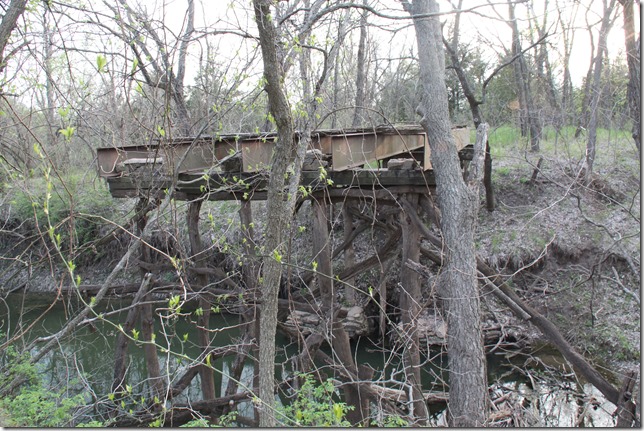 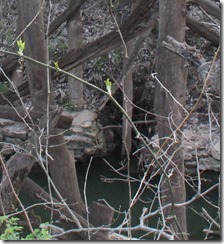 Here’s a blast from the past laying near the bridge.  A feral hog jaw bone. 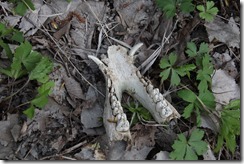 Aaron’s down but not for long, I’m sure

Aaron had surgery on his knee this morning—fixed his ACL.    I stayed all night at their house because they had to be at Children’s Mercy Hospital in Kansas City early.  He was in surgery by 7:00 am.  It went well.  He was nervous about the anesthetic but looks like he came through it fine. 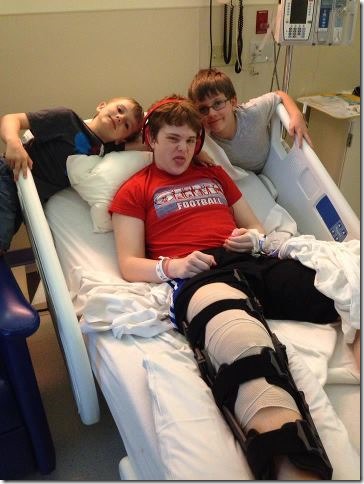