Things to Do to Keep from working on taxes

I’m here at my desk now and have been all day.  I finished the dreaded tax preparation about 30 minutes ago.  This afternoon I opened a drawer and there were about five audio cassette tapes.  Mom and Dad made tapes while traveling.

Just for fun, I copied one of them into my computer.  It was made in November, 1977.   They were on the road, having just left Las Vegas headed for Lancaster, California, to see Mom’s Aunt Elizabeth and then on to LA to see her brother, Oscar.

It sounded like a bunch of neighbors and friends from home went to Las Vegas on a tour so Mom and Dad met them in their fifth wheel camper.  Mom talked about who all was there and how everyone was doing with gambling.  They saw three shows with their favorite being Roy Clark.  She liked the other two as well, more Las Vegas type shows with “some nudity, you know, but the costumes were beautiful.”    Frank Sinatra was there but they were sure the tickets were too expensive for them.

They were feeling pretty good because they hit a $50 jackpot right before they left, and that is what they are talking about in this clip.   Even though the quality is poor, Dad’s excitement about being on the road and Mom’s giggle can’t be missed.  Mom’s 98th birthday would be tomorrow.  Dad would be 105 in May.  They had a lot of fun after Dad retired from the farm. 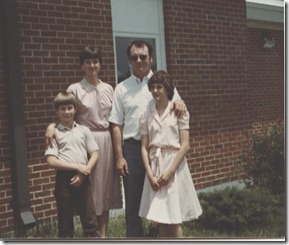 I was carrying mail, but only as a substitute.  Dan was working with his brother in finish carpentry.

Easter Sunday was April 3rd in 1983.  The weather looks similar to today.  The #1 song was what?  (Check comments)  Scarface and The Outsiders were top movies.  We were playing records and computers looked something like this.

And, Ronald Regan was on the cover of Time Magazine.

The alarm went off at 5:15 am this morning.  There was a sunrise service to attend.  The youth did a good job.  We were just a little early for the sunrise, though.  It is always so pretty up on the hill with Clinton Lake in the background.

Dan and I decorated the church again this year.  This involves teetering around on a ladder but I thought it looked beautiful.  It especially looked nice after the Easter Lilies were placed in front. 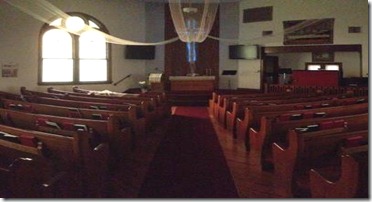 Then this evening we had a delicious dinner of scalloped potatoes, asparagus and ham at Kim’s. We also celebrated Marc’s Dad’s 70th birthday.  Here are two pictures from that celebration.  Seems I didn’t manage to get good smiles on the boys today. 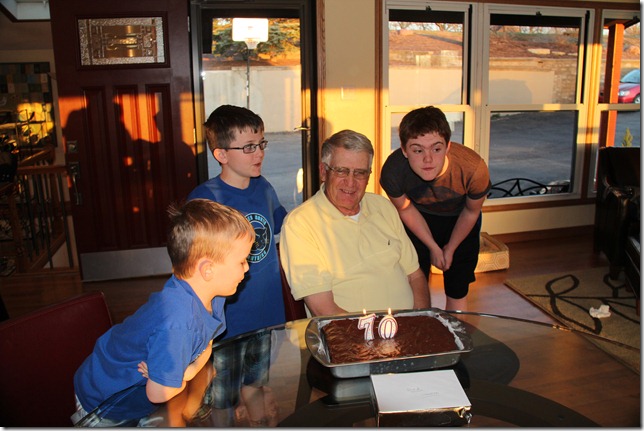 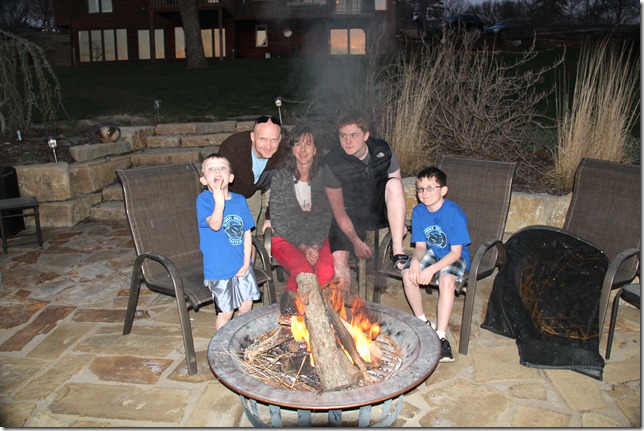 Then Kim decided to cast a couple times into the lake.  Nice Walleye, Kim!! 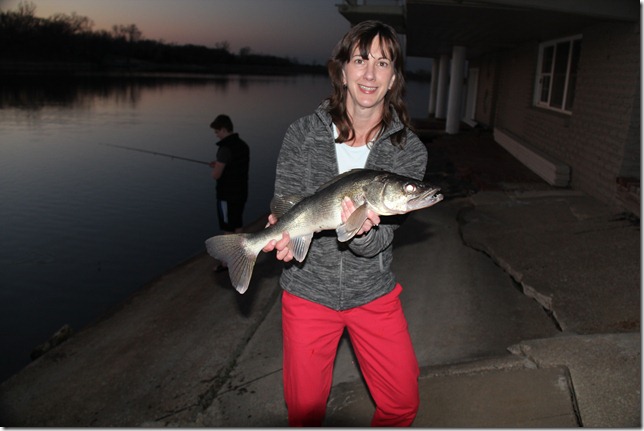