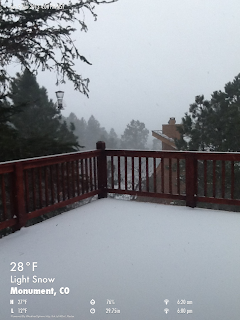 Played the games, baked the cookies, watched KSU lose and now KU is starting
Posted by Linda at 5:06 PM No comments:

Baked the cookies, played the game, watched KSU lose. Now sitting by the stove
Posted by Linda at 4:57 PM No comments: 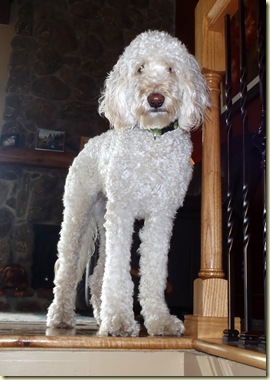 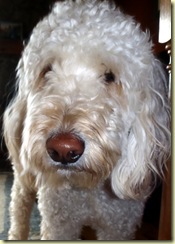 Since we were bringing an extra vehicle out to Colorado, I had eight hours in the car by myself.  I had an audio book that I looked forwarded to hearing, but I started listening to podcasts and never got to the book.

I listened to a couple episodes of the History Chicks (thank you Sylvie for giving me a heads up on these interesting stories). However, two segments of This American Life were a true learning experience.  It will take two hours to listen to both.  It is worth it.

Taken from their web site, This American Life is “First person stories and short fiction pieces that are touching, funny and surprising. Produced by WBEZ Public Media and distributed by Public Radio International.”

Harper School is located on the south side of Chicago.  The stories gathered there were sad and shocking.  Especially since I’ve lived my entire life rural Kansas.  During these two hours we learn about the violence these young people have to endure each day and about those who are trying to just get by and those who do not live beyond it.

West bound and down,

eighteen wheels are rollin' ,
we're gonna do what they say can't be done.
We've got a long way to go and a short time to get there.
I'm west bound, just watch ol' "Bandit" run.

Quick, which movie and who sang it? (Answer in the comments)

Yep, we’re headed west again.  Our last trip to Colorado  was a bonus because we rode out with Kim.  This time we’re on our own—with two vehicles—Doug likes Kansas cars thanks to Craig’s list.

I’ll be Tweeting and putting up a few pictures.

Sometimes I have to keep reminding myself I am reading a novel not a factual historical narrative.  Certainly Angels & Demons falls into the category of a novel.   Dan Brown swears his writings are based on historical fact, but it doesn’t take much research to discover this statement is definitely up for debate.

The longest article I found online, Lies, Damned Lies and Dan Brown: Fact-checking Angels & Demons meticulously debunked each part of the book.  I felt the article held credence until the very last paragraph when the author of the article felt the need to personally attack Dan Brown.  I also noticed the article appeared in a Catholic publication.

So, hopefully all of that makes the book appealing, if nothing else to see why there is so much controversy.

In Brown’s own words, Angels & Demons is an Illuminati thriller.  The Illuminati was an extremely secretive group of famous historical scientists and artists who felt the Vatican put to death many of their members because the Church felt their scientific discovers were against church doctrine. In the novel, a modern day Illuminati have come back to play havoc on the Church and Cardinals from all over the world who were meeting to choose a new Pope.  Robert Langdon is an Harvard symbologist who has studied the ambigrams at the center of the Illuminati.  It is up to him to save the sacred center of the church.

I have not seen the movie, but I liked the book.  Wikipedia has pictures of some of the statues mentioned in the book.  However, it could give away a little too much so be careful.