Click on this link or (here for Apple ipads or to click on each picture manually) to see pictures and short captions of everything in my journal below.

Two days of 50 plus degree temperature forecast was all it took to load the NorthStar for a overnight stay right here in Kansas.

Heading south, we end up on Hwy 54 with the destination of Park City north of Wichita for a RV show in the Kansas Pavilion.  Not that we are thinking of traveling in anything but our trusty pickup camper.

In 1898, E K Taylor hit gas while drilling on his land which prompted him to name the town Gas City.  This little town of 562 took advantage of its name by painting the water tower bright red and making it a Gas Kan—the biggest one in the world.

We arrived at Park City in plenty of time to marvel at the displays of huge RVs in the Kansas Pavilion.  They should have marketed this show to those who are planning on living in an RV full time.  Definitely more than we want to take down the road.

As we walked in the door, we asked if the campground near the Pavilion was open.  Yes it is and no charge for anyone attending the show.  Since we had two free passes to the RV show, we consider our overnight site with electrical hookup a real bargain.  Camping in the winter has its advantages.

The next morning, after enjoying our coffee, we travel a few miles north to Newton and the Bread Basket Restaurant.  Their Mennonite influenced breakfast buffet is delicious.  Warm sweet rolls, french toast made from cinnamon toast…….mmmmmm.

Then on to Peabody to see their historic downtown.  By then welcome rain was coming down in earnest. We drive around but feel we missed something special in this town by not exploring further.

Marion is nicknamed Stone City because so many main street buildings are constructed of stone.  It is obvious the 2,058 residents of Marion take a lot of pride in their city.  Again, pouring rain so we explore inside the dry truck and move on.

As a matter of fact, I want to revisit all of the cities on our trek.  The historical buildings would be enough, but there are also museums and local restaurants as well.  And, Marci Penner’s The Kansas Guidebook is wonderfully helpful in fully appreciating any Kansas town or any place in Kansas for that matter.

Heading generally toward home, we stop by the Diamond Creek Bridge.  From the intersection of Hwys 177 and 50 go 3 1/2 miles west on 50 and turn north.  Keep going west on that road.

From the bridge, we head cross country on Flint Hills back roads.  Several roads were ruled out because the NorthStar might have disappeared in the mud.   Four Mile Road which meets 177 just south of Council Grove brought us back to pavement.  We found the general location of one geocache in Council Grove but it was too wet and rainy to climb up the hill to the historic cave where it was hidden.

Well, all of that and we were home by mid afternoon.  As I said earlier, all of the places must be revisited.  There is a lot of history along with true beauty in the Flint Hills.  This last minute trip was certainly one that will linger in reflection.

Too nice to stay home. 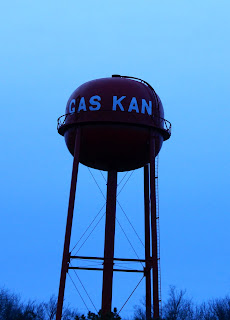 The biggest gas can in Kansas!
Posted by Linda at 5:38 PM No comments: 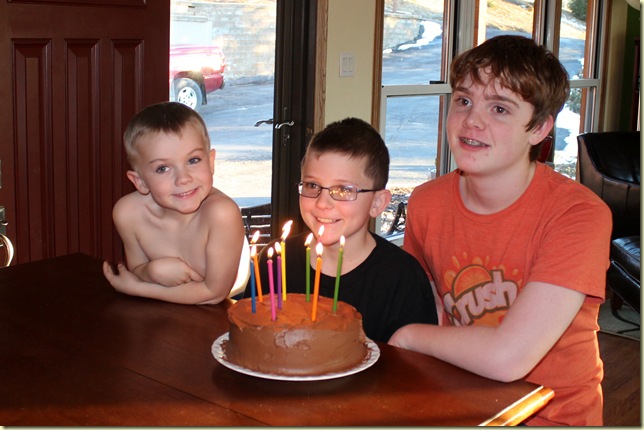 Those are sure big candles.  All the easier to blow them out! 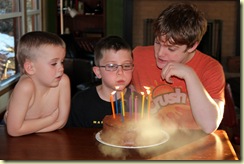 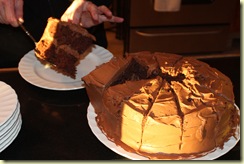