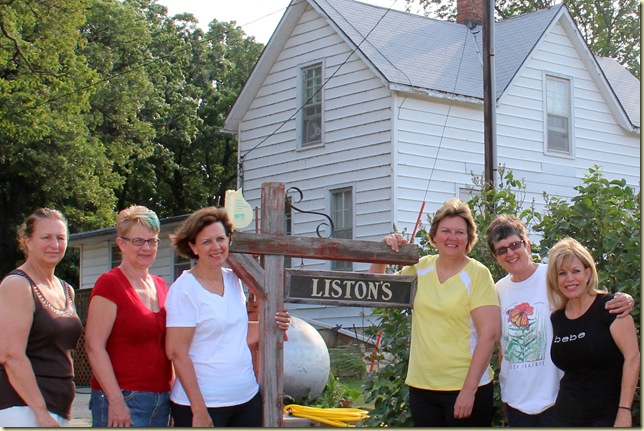 These five sisters, minus me second from the right, grew up in the house in back.  How it would be to have that many sisters I will never know.  I have my one brother, who was also at the reunion.  Their father and our mother are brother and sister.  I’ve also mentioned this before, but we are actually double related in that their mother and my father are 1st cousins.  Needless to say, we grew up together.

The sisters live all over the United States, but manage to get together for a  reunion once a year.  I think they should be commended for continuing their tradition even after both their parents have passed.

They have activities planned for the entire weekend.  It was fun to be included in part of it.  I received this clip from Kaylene after we left.  You are all the best cousins  and you were our first friends.  Great to see you! 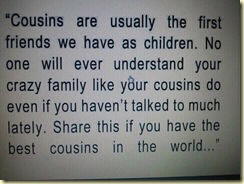 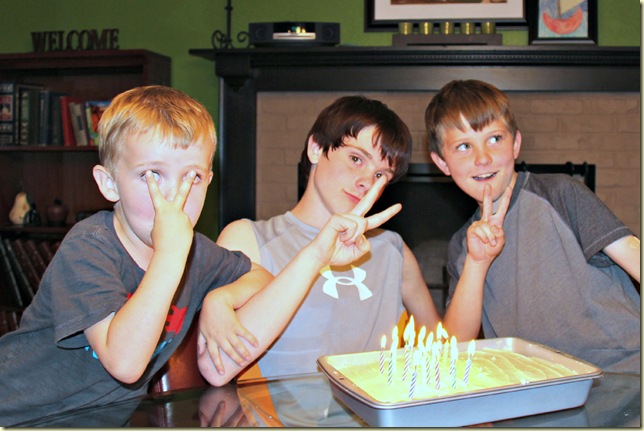 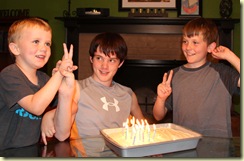 A week ago last Sunday, that would be May 12th, we saw something colorful bouncing around in the field across the road from our driveway.  Later that evening Dan checked it out.

It was this balloon 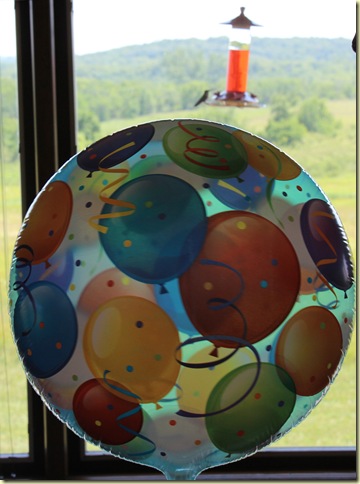 tangled up with two other large deflated balloons.  So, the speculation began.  We decided the balloons got away from someone celebrating a birthday as the writing on one announced.  It was a girl because of the “Hello Kitty” clue.

The real mystery in this whole thing is why this balloon is still fully inflated after taking a high flying trip, lying in a pasture and now sitting on our table for ten days.  Some things just can’t be explained.

By the way, it looks like I inadvertently captured a hummer in the background.  Even cooler!

First, let me say it was definitely a celebration. Dan graduated with 88 in his class and 40 members, many with spouses, attended the reunion. From the laughter and smiles, I know everyone had a great time. And, we finally found out who threw the firecracker into the hall way trash can their senior year…

We started with a Friday night meet and greet in an Abilene motel breakfast room. Lynette, the super planner for the weekend, expected only those staying the night there. To her surprise and everyone's delight, the room was packed full.

The next day there was a luncheon at noon at the Chapman Country Club, a time for introductions and reflections. And, remembering the 14 deceased members. Tours were conducted of all the new buildings. Chapman had to rebuild all schools after the 2008 tornado.

The Chapman High School Alumni Association is considered one of the best in the State. There are records of graduates since the school was founded in 1889. Yearly, each graduate having an address on record receives an announcement of the banquet along with the list of those from the current graduating class receiving alumni scholarships which number 36. Two members of the Class of 2012 drawn from a hat received $500 scholarships just for attending the banquet. There is a lot of Irish Pride in Chapman.

As president of his senior class, Dan was required to give a speech at the alumni banquet. He emphasized the satisfaction his class has received by getting together every five years and asked the Class of 2012 to not let social media get in the way of planning reunions.  He then challenged someone from that class to take up that responsibility, hoping they have someone as dedicated as the Class of 62 has had.   Then he gave the remainder of the time slot to another classmate who is a successful east coast businessman and motivator. Both represented the class well. I was proud of Dan.

For us, the reunion jinx continues. This time the failure happened right here at home. We were loaded and ready to leave when Dan started the truck and it sounded terrible. It is a diesel and we're sure one injector has failed. We were in a hurry to make the Friday evening get together so we just drove the car and came back. Then we took our little popup pull behind back on Saturday. It was nice to walk out of the final gathering of his class at midnight and crawl into bed. But, at 6:30 am we were rousted by the mowers on the greens of the golf course. Still it was a great weekend. 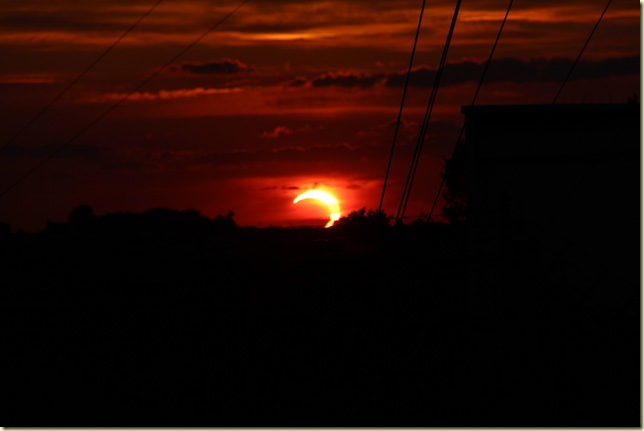