One of these times

I’m going to see the desert bloom for myself.  This picture is from Kay & Lynn in Apache Junction. 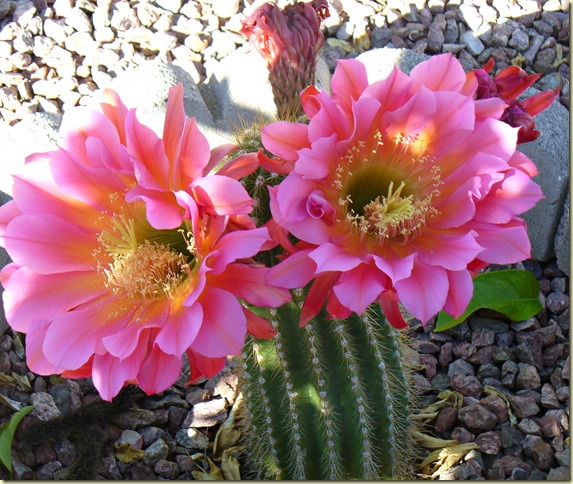 Several weeks ago, I was a part of a private tour of the Topeka Cemetery.  I’ll admit I have only visited small town and rural cemeteries—where our families and friends are buried.

I find any cemetery interesting and have written about them before.  What we found at the Topeka cemetery is city history and beauty.

Our tour guide is the curator.  He looked to be in his 50s and has worked there since high school.  His father worked there before.  He loves his job and takes pride in not only knowing who is buried but stories about them or their families. This was his quote, “You are only dead when forgotten.” For him,  not many were forgotten in Topeka cemetery.

The history of Topeka and even beyond is among the stones.  One will find marker of the person who laid out the streets of the city,  the family who built the major hospital, all familiar names.  And, driving around Topeka, many streets carry names that are on stones in the cemetery.   Also, there are names not familiar, but lived and loved in this community.  I have a few pictures.  I will keep most of them small to keep the post from being overburdened.  Really, though, the only way to appreciate it is to stop by and walk through. 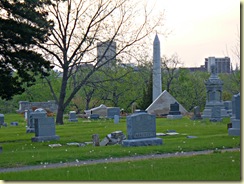 This picture shows the Topeka downtown skyline in the background. 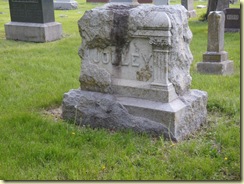 Notice that this monument appears only partly finished.  This signifies the honored person died early in life. 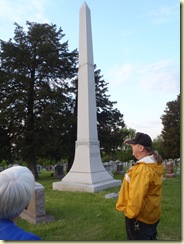 This  obelisk was broken off when a tree blew into it during a violent storm, not the 1966 Topeka tornado, however.  This is in addition to the one in the top picture.  There are several more in the cemetery. 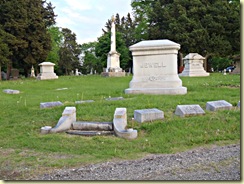 Early on, each family had a fence around their plot and burials were made in patterns, often in a circle around a large stone with the family name.   They took all the fences down once power mowers came into use.  The two steps in this picture led up into one such plot. 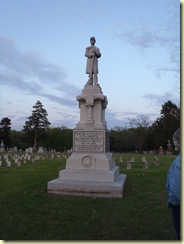 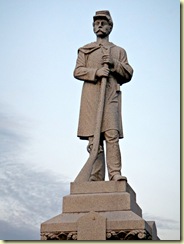 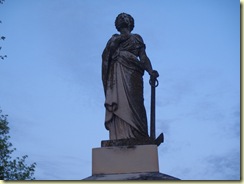 Finally, this lady was probably the anchor of her family.

are our friends.  And, we are a generation apart.  Meaning, their mothers are our age.  It’s always a treat to get together with them  as we did Sunday.  They make us feel young.

For once, it wasn’t me with the camera.  If I get a copy of a picture of all of us from Sue, I’ll add it later.  I like a visual to remember the day.

There are times when this blog does turn into more of a personal journal than my original intention of “observations.”  For instance, recipes that show up here now and then.  So many times favorite or distinctive  recipes seem to disappear from my hap hazard recipe filing system.  A simple search here will produce them from the archives.

So, here is another entry.  James & Laura made these as appetizers.  And, Dan loves mushrooms.  If case anyone else might want to try these or if I misplace the recipe, here it is.  Enjoy!

Large Mushrooms
Remove Stems - just pull them out
Finely chop stems
Add 3 oz of Goat Cheese
3 Tablespoons sour cream
3 garlic cloves, chopped
2 Tablespoons bread crumbs (I use Italian)
Salt & Pepper to taste
Stuff mushrooms
Bake 350 for 30 minutes
Broil for 10 minutes (My note:  I am thinking, with my stove at least,  I would be careful with this length of broiling.)

It was a beautiful last evening.  At some point all of us were outside rather than concentrating on the reason for our monthly friend gatherings—cards.  The first clue that not everyone liked us standing around on the deck was the excited chatter.  Momma Robin had our attention rather than the nest up under the eve, which is what she wanted.  Except, it is interesting she put the nest right next to the deck sliding door, just a few inches away from human presence.  Perhaps she recognized we may be helpful for her roll on this earth. 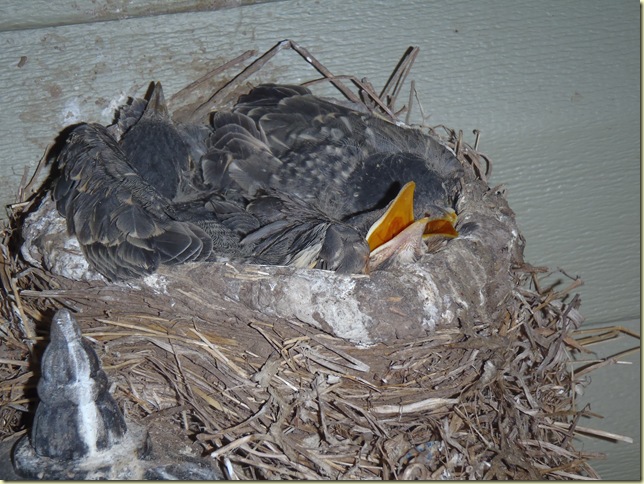