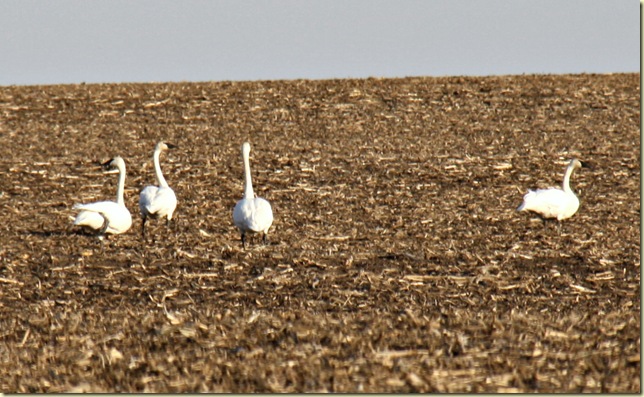 Our nephew is playing basketball in a tournament in Hoyt, Kansas.  On the way to his game late this afternoon, we saw these swans.  Actually, it was less than 10 miles from our house.

If you followed my blog this summer, you will remember we spent quite a bit of time looking at, taking pictures of and bragging about seeing swans.  Well, little did we know there would be some grazing about in a corn stubble field at home.

We’re speculating they are living on a private pond nearby.  Apparently, they like it right here in Kansas.

Kaufman Center for the Performing Arts in Kansas City 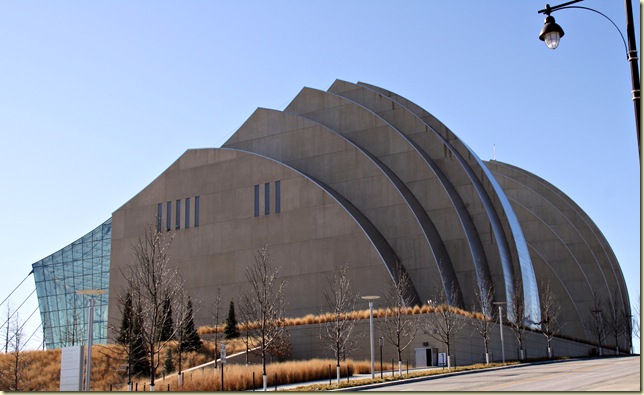 Last night we were invited to accompany friends to the Kaufman Center for the Performing Arts in Kansas City.  We spent “An Evening with Patti Lupone and Mandy Patinkin”

First things first, though—food at the downtown Bristol Seafood Grill.   I had the Chipotle Grilled Shrimp Enchilada and Dan, Seafood Mixed Grill with shrimp, scallops, salmon, jumbo lump crab cake, whipped yukon gold potatoes, grilled asparagus and… beer.  Yes, I know, wine with fine dining.   The food was delicious and we arrived early enough that we didn’t have to rush.  The beer just seemed right at the time.

The Kaufman Center opened in September 2011.  It is amazing.  The entire south side is glass which is the lobby or Brandmeyer Great Hall.  Twenty-seven cables are anchored by the precast walls and hold up the glass in the lobby.  This huge glass enclosure is on the south side of the building which should provide plenty of solar heat on sunny winter days.  From this area the Muriel Kaufman Theater and Helzberg Hall are accessible.  (click on the link to see a picture of each, they are impressive)  I see on the web site they offer free tours.  Definitely, that will be something I want to see.

Both Patti Lupone and Mandy Patinkin have won Tony awards in addition to many other awards.  They both have acted regularly in television shows.  Their web site lists their many, many accomplishments including Mandy in Chicago Hope and Criminal Minds and Patti in Life Goes On and Ugly Betty.  We enjoyed over two hours of songs from their Broadway shows.  The most cheering and applause occurred when Mandy said he graduated from KU and then proceeded to do the Rock Chalk Jayhawk.

Hearing music live, seeing the facial expressions and having the performers share with the audience is true entertainment.  In recent years,  a lot of our entertainment budget has gone to fuel for travel so we thoroughly enjoyed this night out.  A big thank you to our friends for giving us the opportunity.

We finally got internet back today after two days down.  Just in time to put up a couple pictures from Sue, Jeanne and my day in Kansas City.

The three of us have been friends for years.   I’ve written about the “River Rats” before.  Our families all lived along the Wakarusa River.  This was a time when our kids were  young and friends, which often brought all of us together socially.  Sue and Jeanne no longer live nearby, but we continue to meet up once or twice a year.

Today we started with lunch at Genessee Royale Bistro located in what locals call West Bottoms which is the former Kansas City Stockyards.  The owners converted an old garage into a unique dining area.  Jeanne ordered Pan Roasted Salmon, served with butternut squash.  Sue had Pistachio Chicken Salad Sandwich with basil, golden raisins and orange jest.   I ordered the daily special, Three Little Pigs which was bacon, ham and brat with spicy cabbage on top.  All freshly made, delicious and served beautifully in appropriate portions.  It was good to see Sue’s son, Blake, who stopped by in time for a cup of coffee and a fresh baked cookie. 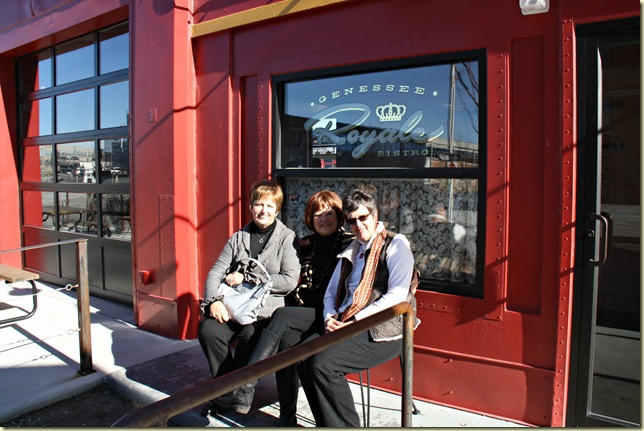 Directly across the street is the old Kansas City Stock Exchange Building.  I have vague memories of this area from when Mom and I rode with Dad when he brought cattle to the stockyards. 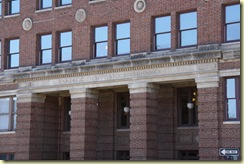 A short distance away is the Webster House,  one of the oldest remaining public school buildings in Kansas City.  The building was authorized in 1885.  Designed by architect Manuel Diaz in the style of Richardson Romanesque which is named after Henry Hobson Richardson whose masterpiece is Trinity Church in Boston.  The school closed in 1932.  More than 100 years after construction, it was restored under the direction of Shirley Bush Helzberg.  It isn’t hard to imagine school children at their desks in the old classrooms, all with high windows and wood floors. Now there is unique shopping on the first floor and fine dining on the second. 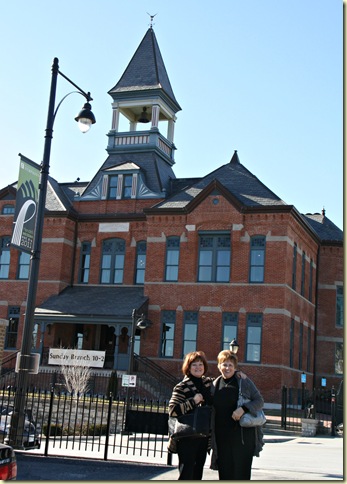 Since Sue’s daughter Laura was home for the day, we decided to  travel north to her rural home near Parkville.  Hard to believe, but we all relaxed on her deck—outside, in January! 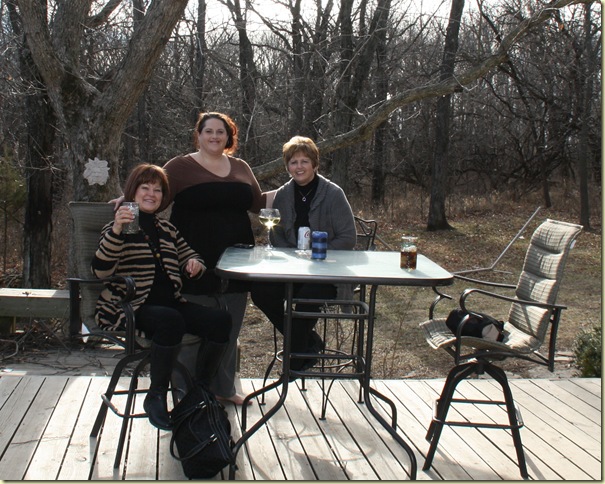 Three friends, six hours and tons of talk.  It was a good day.