Doug, Drue, Trent and Carly are staying with Kim, Marc and family.  The kids would be bored out here.  They always have a good time with their cousins.

This trip, Carly and Evan are the best of companions.  Well, actually, Evan thinks Carly is about the best older cousin he will ever have.  I have pictures of everyone, but this best captures the day. 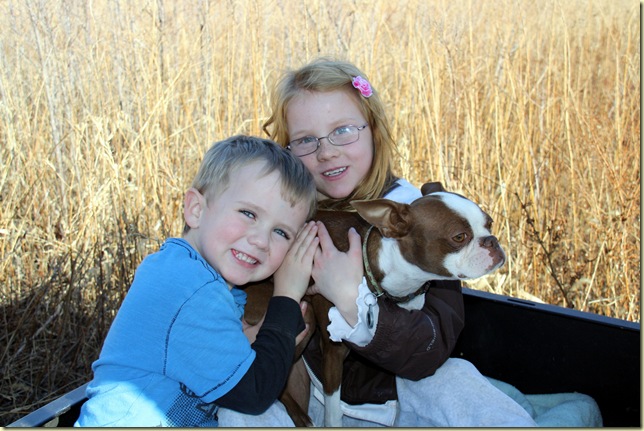 Everyone arrived in time to help cook the dinner this morning.  We were traditional except for a tossed salad made by Kim and a pumpkin dessert made by Drue.  Both were exceptional.  I’ll post recipes later.

In the afternoon, we took a walk around the pasture, which is where the picture above was taken.

Then it was kicking back, watching a little football and finally a second hit at the food.  The kids headed back to Kim & Marc’s.  Before they left, we decided to try out luck at a little late night shopping and planned to meet again at 8:30 pm.

We went, we observed, we came home.  Unbelievable.  The line to get into Target met the line to get into ToysRUs.  Both together were close to two blocks long.  Thinking that waiting in either of these lines was not an option, we headed to WalMart.  We knew it wasn’t good when the entire huge parking lot was full as well as the adjacent Barnes and Noble.  The inside was crazy.  They had big shrink wrapped piles of items with people clustered around them all faced toward the stack.  Who ever took the shrink wrap off those items had better have an escape route in mind.

So, back home.  We’ll try again tomorrow.  Still a Thanksgiving Day to remember on so many levels. 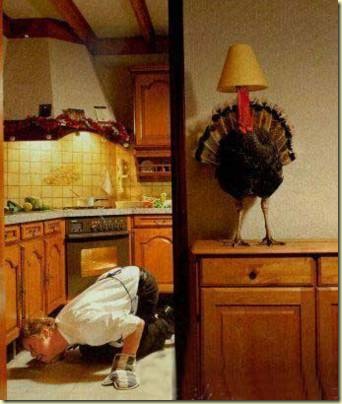 This is my annual posting of this picture.  After all these years of posting it on Thanksgiving, it still makes me laugh.

Every day I am thankful in so many ways.  But today, I am especially thankful for having our entire family together to share the bountiful food at our table.

May I also take this opportunity to thank all who visit, share comments and generally support my little space in this big cyber world.

I’ve been away for a couple days because we were preparing the house and food for Dan’s family.  We had 23, including four little ones.  What a joy to have a chance to see them.  And, we are expecting two more by the end of the year!

I furnished the meat, potatoes, bread and a vegetable.  Everyone chips in with the rest.  Jean brought this delicious fudge.  We couldn’t believe the ingredients.  Here it is:

Each square has 76 calories and 1 gram fiber