Remembering veterans in our family

Dan was in college during the Viet Nam years, then was given a teaching deferment after graduation.  Although he took his physical, the call never came.  However, Dan’s first cousins, Fred, Kurt and Roger all served in Viet Nam, a difficult war with little fanfare for those who returned. 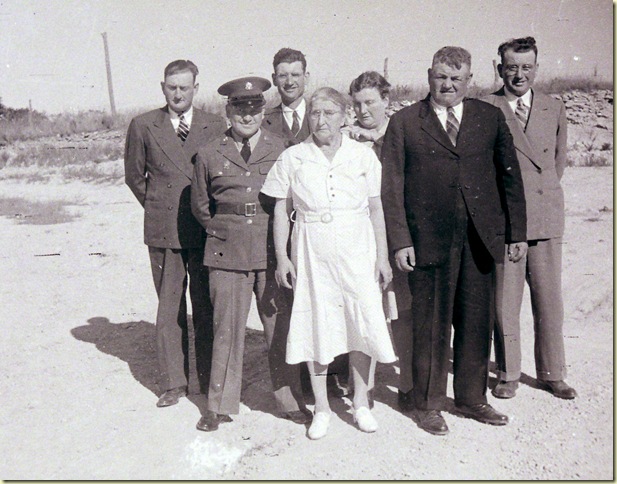 This picture was taken sometime in the spring or summer of 1942.  Uncle Bill is the youngest of the four boys and the only one called to serve in World War II.  I wrote about his service here.  He was a medic and participated in D Day. (Dad is on the far right).  Second from the left in the back is Uncle Lawrence.  His great granddaughter, Rachel and her husband, are currently serving.

Thanks to my cousin Sylvia  in Colorado, I also know that I have a  family member who served our country, before it was the United States of America.  Sylvie traced my Mom’s mother’s family back to the Revolutionary War.  She did all of this work after my Mom was unable to understand.  However, Mom’s brother, Sylvie’s Dad, did know and shared all of our pride in this heritage.

So, this is a special thank you to family members and all others who have served during war time and peace to preserve our freedom.  To Carole’s Dad and Dr. Fyler who were POWs in WWII, to Ernie, a fellow post office employee who was sent into tunnels in Viet Nam, to Cheryl & Dwight’s dads, Sylvie’s Mike and Kaylene’s Kenny, Sue’s Dad, Peg’s family, including her husband and grandson, SSGT Tyler Britton, who has recently returned from Afghanistan.

And, to family members of others who gave the ultimate sacrifice.  Thank you.

Birthday parties are the best

Several weeks ago, I was visiting with Evan.  He was extremely excited about going to a birthday party, maybe one of the most exciting things a four-year old can do with his friends.

I know I’ve written about this before, but I’m with Evan on this.  Birthday parties are fun.  Doesn’t have to be much,  but it has to include candles, singing and gifts.

Here is our latest birthday at our house.  It had the big three. 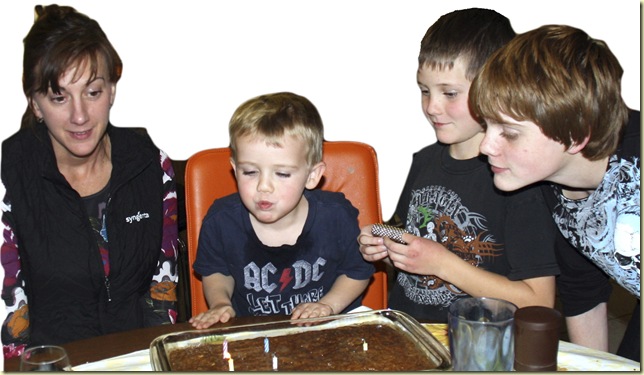 So, happy birthday, Kim---and our other family who celebrate this month, Carly and Marc

This is why we can’t have a small dog

Picture taken about 120 feet behind our house.  They definitely have their winter coat. 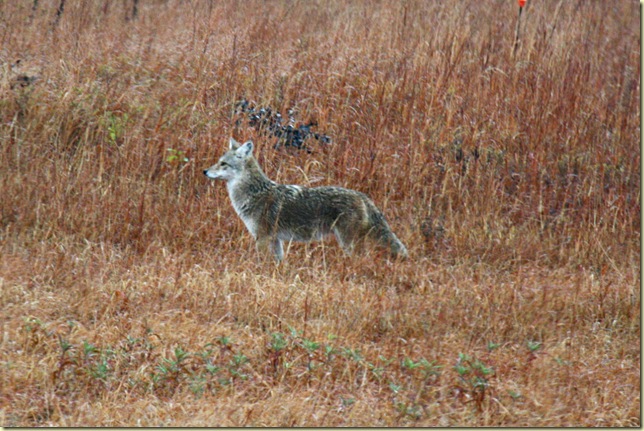 I’ve been sitting in front of the computer trying to think of what to write about the past two days and out of nowhere, this title comes to mind.

As a refresher, this Thomas A. Harris, MD book was published in 1967 but became a popular motivational study in the early 70’s.  Just as I thought, way in the back of a desk drawer, I found a cassette tape of the same title. Who knows why I bought it or why I still have it after 44 years.   I think I just like the thought.

So, what’s that got to do with anything?  Well….

Women of Faith has been holding nondenominational conferences around the United States since 1996.  It was this conference that brought over 7,000 women to the Sprint Center in Kansas City for motivational speakers and beautiful music.  I was there with about 30 of my girl friends.

WOF speakers included Andy Andrews who fit the theme of the conference perfectly—Over The Top.  He presented twice, both of which were funny, high energy, autobiographical and inspirational.  One thought from his presentations, “Smile when you talk.”

Patsy Clairmont benefited the most from the huge screens on all four sides of the center stage at the Sprint Center.  She has superb comedic timing, which she combines with vocal and facial expressions  to convey her message of turning her life around after personal psychological hardship.   I bring home her thought of , “Make your Bed.”

Lisa Whelchel, Blair for nine seasons on “The Facts of Life” talked about friends.  I am reminded that to have friends, I must be a friend.

Brenda Warner, wife of Kurt Warner, is a US Marine, nurse, mother of seven children and gifted speaker.  Because of super bowl media,  most already know, her oldest child has special needs.  And, before football millions, she was poor and betrayed.  She reminds us to, “Never give up.”

Music included the wonderful music of Amy Grant (without husband Vince Gill) who also brought her band, a refreshing change from canned musical backgrounds. Sandi Patty who  shared using her beautiful, almost operatic voice and provided unexpected humor in the process.   Deborah Joy Winans (of the famous family) and Mandisa, finalist from American Idol, season five gave us the hand clapping, dance in your place music, which everyone wanted to do anyway (Sprint Center seats are uncomfortable).

So, all of this is why the over all theme I brought back from the weekend is, yes, I’m OK, You’re OK.

There you go.  Great weekend with the girls.  Now, back to getting some painting done on the house before it gets too cold.