Late tomatoes worth the effort 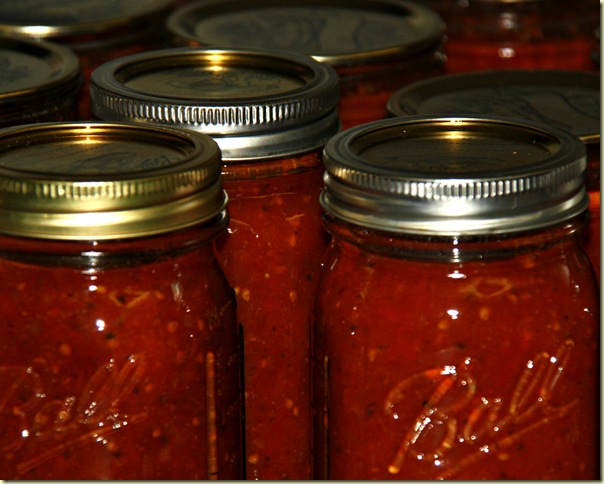 These jars, fifteen pints of spaghetti sauce, are the end result of carefully taking care of plants producing too late in the season.  But, still better than none at all.

The plants were loaded with green tomatoes.  But, they would not ripen.  The weather was warm enough, but two problems come to mind.  One,  cool nights.  Someone told me once, tomatoes will not do anything unless the nights stay above 50 degrees.  Second, short days.  They needed more sunlight.

We still have plenty of green tomatoes on the porch.  We’re thinking of wrapping them in newspapers and storing in the basement.  Other thoughts would be to fry them.  Dan’s idea might be the most intriguing—make green tomato pickles.  (He found a recipe)    That ranks right up there with green tomato pie……or jelly.

Stull United Methodist Church is a community church between Lawrence and Topeka.  It never ceases to amaze me how this small rural church finds ways to serve its members and the community at large.

This is one.  I was not sure who had the most fun, the children who came by or all of us in charge of our trunk’s bounty.