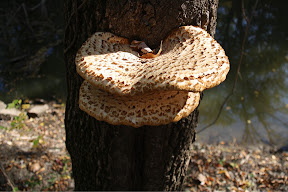 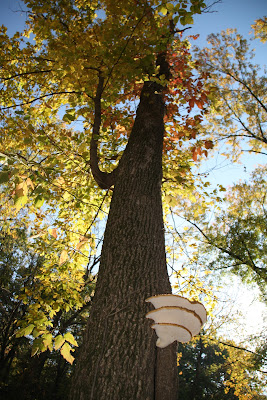 Maybe a little wine too
Posted by Linda at 9:35 AM 1 comment:


Small ears are about all that is left in the corn patch. Today we made two major assaults. I think the corn was just right to pick
.
Here is part of our bounty. 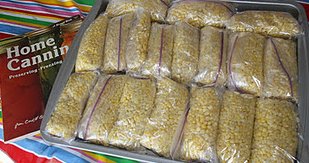 Dan also caught four raccoons and one skunk in his trap, all living to see another corn patch, just not ours.

He said he let the skunk go in a similar way only placed a heavy rug over the cage.  Also, he let it go where it sat in the cage, no hauling.   It never did spray.

Have you heard of Slydial?  Neither had I until today.  It is interesting enough that I thought it worth a mention here.   Basically, it is a way to leave a message on a cell phone without the phone ringing.

It would be handy to be able to leave a message for a family member or a friend without bothering them while at work with a ringing phone.  Dan is often doing something noisy outside and  doesn’t hear the phone.   Text messages are an option, but that can be distracting. Dan doesn’t receive them on his phone.

Basically, you call 267-SLYDIAL or 267-759-3425.  I put it as a contact number in my address book.  At the prompt, you enter the number you want to leave a phone message.  That takes you to the voice mailbox of the person you are calling.

As I see it, there are several drawbacks.  One, the number you are calling has to be put in manually and two, there are advertisements before the number is put in.  If you have a smart phone, which I don’t, you can use an application which enables use of numbers in your phone’s address book.  This is an advertisement free pay per use option of 10 cents or unlimited of $2.95 per month or $29.95 a year.

One other negative might be that some advertiser would start spamming cell phones.  Probably a report to the company would eliminate the contract of someone abusing the system.

I don’t see myself using it very often but it might have its niche.

This picture was actually taken in August south of Council Grove.

Dan has spotted smoke coming out of the baler several times in the past and stopped before it sparked a real fire.  We have a neighbor who did have a fire in his baler.  A fire extinguisher is standard equipment right on his baler.  Dan has one on the tractor.

I am not sure about the newer round balers, but our older model has belts that roll the hay into the big round bales.  The problem comes when hay gets stuck and the belts keep moving.

Hopefully, no one was hurt here.

Fall harvest is in full swing around our area.  Backroads or highways, I believe in letting the big equipment have plenty of room.