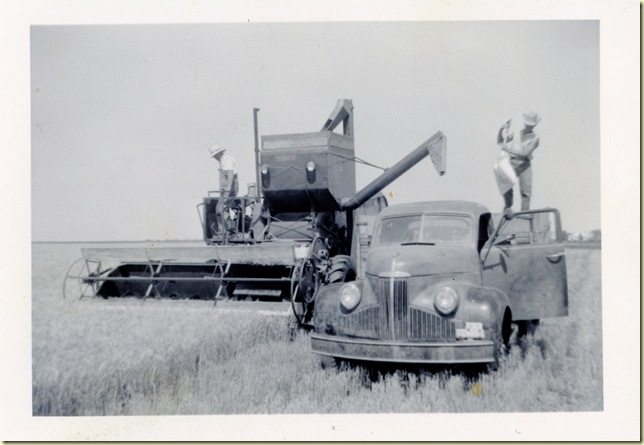 If it stays dry, I am sure my brother, Wayne (on the truck), Rod and family (it takes the whole family) will be cutting wheat in the next few days, if they haven’t already.

Now days, the header on modern combines are probably three times wider and trucks are semi size.  And, with modern farming techniques, the yields are larger.  However, some things are the same—worries about breakdowns and weather    So much depends on getting the grain out of the fields, both can be very costly.

Be safe out there.

British soccer camp comes to Topeka
Watch for Adam. His first words are about "tricking the opponent."
Posted by Linda at 7:23 PM No comments:

Trent and Carly spent the day with us so we took the golf cart on a wildflower hunt.  There are plenty out there right now so it didn’t take long to find them and make a bouquet. 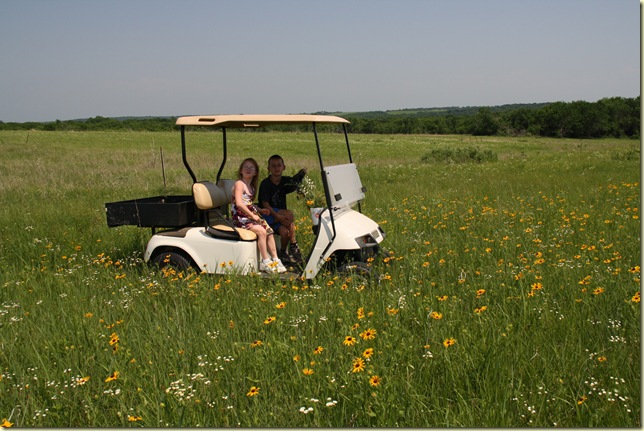 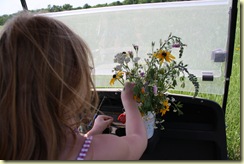 They are with their Mom’s family now, visiting the Rolling Hills Wildlife Center near Salina.  They will meet their Mom tomorrow and back to Colorado.  Carly says she misses her “Sagie,” her Lab dog.  I am sure they miss their folks too.

Everyone here to celebrate

Every one of our grandkids is here to celebrate Evan’s 4th birthday and Dan and my 45th wedding anniversary. 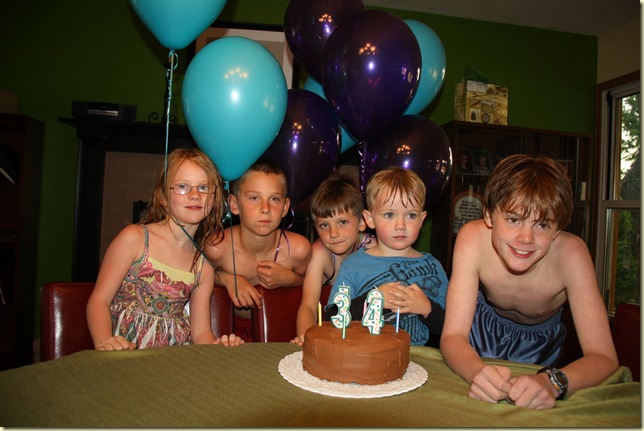 This birthday is huge for Evan.  He’s been planning and thinking about it for months.  The actual day is this Sunday.  He wouldn’t mind if we celebrated every day this week.

Kim, Carly and I went to town yesterday morning to… 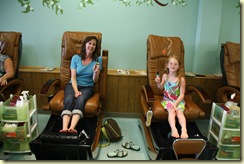 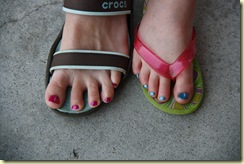 and picked up the balloons.  Kim already purchased the candles.  Evan wanted one for each year leading up to his 4th.

After the cake and ice cream, we 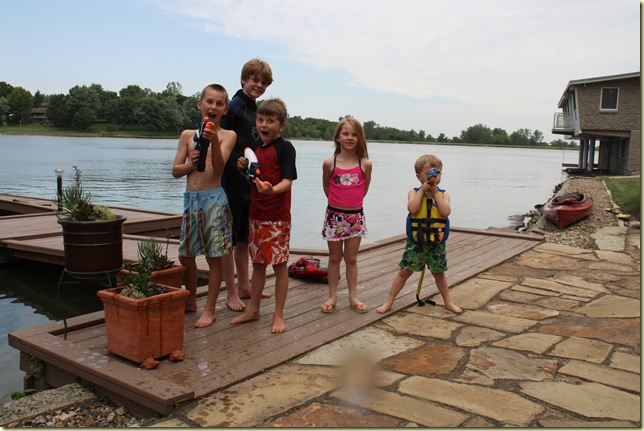 waited to get shot with a water gun. 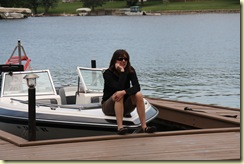 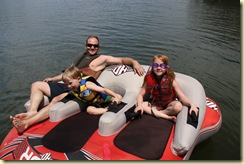 waited to pull any takers on the tube. 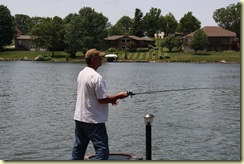 Symphony in the Flint Hills 2011

The Sixth Annual 2011 Symphony in the Flint Hills held at the Fix Pasture, Volland, Kansas was about freedom.

Freedom for those attending to sit back and let their senses soar to the far off hills through sight and sound.   More to the theme, though was the State’s role in the Nation’s history of freedom.   Kansas as Freedom’s Frontier.

We were able to attend two educational programs before our duties as volunteers.  Both addressed freedom of American people.

Jon Boursaw is the direct descendant of two Headmen or Tribal Leaders in the Potawatomi Nation.  His tribe suffered many disappointments and hardships during the settlement of this country, including the Potawatomi Trail of Death, a forced march which ended in Kansas.  As a result of an attempt to assimilate Native Americans in white men ways, they allotted land to individual tribal members.  Many Flint Hills ranches have that land in past titles and many Citizen Potawatomi members still live in the region.

Nicole Etcheson’s enthusiasm for her presentation on “The Border War and American Liberty” gave new understanding to Kansas Statehood and its role in the beginning of the Civil War.  The excellent 2011 Symphony in the Flint Hills Field Journal has an overlay of the flint hills over Civil War Freedom's Frontier National Heritage Area.  Kansas Statehood and its decision to become a free state was the real beginning of the Civil War according to Dr. Etcheson.

Kansas weather with a slight breeze and cool temperature cooperated once again as the Kansas City Symphony’s beautiful music was welcomed by a colorful audience.  Familiar songs from How the West Was Won, Silverado and Gone with the Wind including Tara’s Theme were appropriate choices given the theme of the day.  Lincoln’s Portrait narrated by Peter Coyote should be recorded to share with the world.    Lincoln quotations set to Copeland music brought the audience to its feet at the end as did Trevor Scheunemann’s baritone  singing Selections from Old American Songs.

Once again in the Freedom theme, The Symphonic Suite from Gettysburg by Edelman included a mounted color guard from Ft Riley.  Governor Brownback, with his rural background, probably was not intimidated by a skittish horse more familiar with drums and bugles than violins.

Personally, I love hats.  Each year the Symphony in the Flint Hills brings out the hats.  In fact, it seems each time I tried to take a picture, there were hats in front of me.  Then I found myself taking pictures of hats.  You will find  pictures taken throughout the day.  Please watch to find, at the end, those who truly know how to wear their hats.