That’s what I’ve always heard about picking a place for building a home.  Especially when it comes to resale.

At first glance, this might seem a perfect location.  Even a little rain protection. 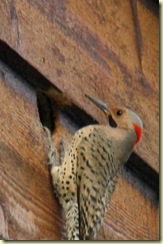 Actually a very bad location—and, even though the photo doesn’t show it, this is high. 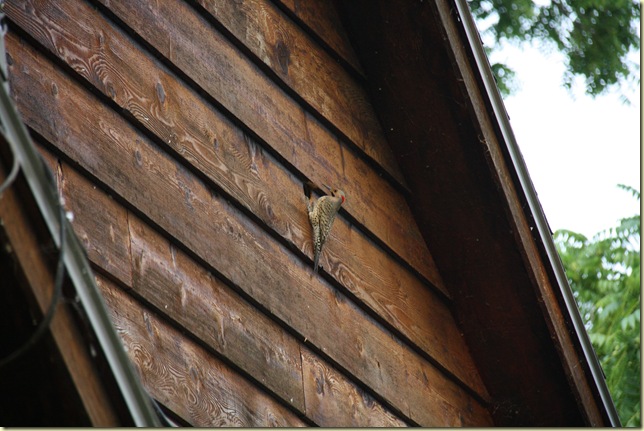 All the drama was at the back of Kim & Marc’s house.  This Flicker removed insulation and ready for his female to  the eggs.  Not good when the pecking starts at dawn!

I am sure this is the cloud that went over our Jivaro kid’s home. 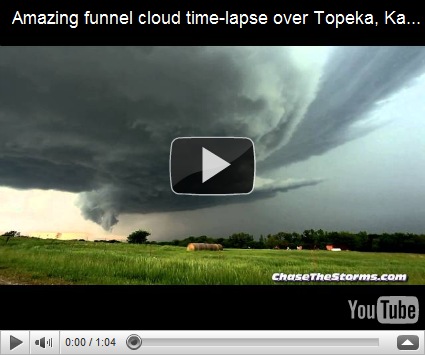 Our neighbor, Chip, sent an email recently letting us know he had the Collared Dove coming to his feeder.   We remembered hearing a bird call we could not identify earlier in the spring.  At the time,  I rushed to get my camera.  I sent him the picture.  He said,   “Yep, they were visiting you, too.” 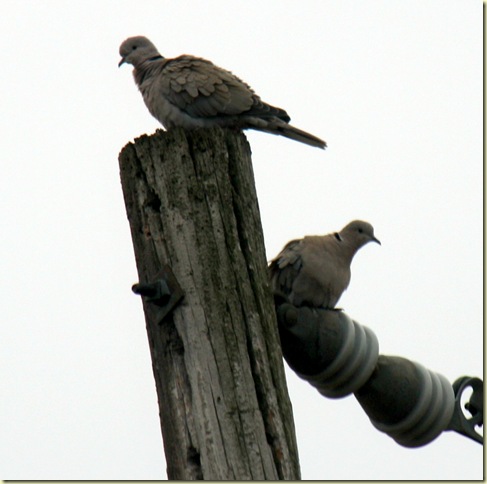 They look similar to Mourning Doves except for the black ring and maybe slightly larger.   Also, their call is unique.  Dan was working outside and it was the call that alerted him to their presence.

According to Wikipedia, the Collared Dove was introduced from Europe to the Bahamas in the early 1970’s and spread from there to Florida in 1982.  While the strong hold in North America is still the Gulf coast, the Dove has been located as far west as California and north to Alaska.  They are social and often feed and nest close to humans.

Chip reports that, while not unusual to the area, a sighting is still exciting.  I don’t think this pair stayed around to nest.  Probably the reason is our crazy bird hunting cat who regularly springs up in the air trying to catch a barn swallow.

Speaking of birds, we are setting the alarm to 5:00 am tomorrow morning.  Mission is to try to get the woodpecker that is making a nest in the side of Kim & Marc’s house.