It is finally the day the iPad 2 will be available.   Although the 3G models still aren’t in stores yet, everyone will be able to quit reading reviews and watching UTube videos and get their hands on an iPad 2.

Those who know me probably wonder how I’ve resisted getting one.  People say the iPad is really just a big iPhone and everyone, including Kim,  who has one of those, loves it.

I’ve read, watched videos and debated.  Do I really need one or I am caving to the media hype.  There is information overload about the iPad 2 and it’s features.  The front and back camera would be cool.   Tech writers point out how much faster the 2 is for game graphics.  Even though I don’t play games, fast is fast.

Now that AT&T has a $15 a month plan that can be started and stopped without a contract, I decided I would want the 3G model as well.

Finally, I know from my own computer, there can never be enough memory.  So, the 32 Gigabyte model would be enough to handle movies and pictures when we travel.  All of the models have built in Wi-Fi.

It was the cost that finally made me decide I do not need the latest and greatest.   Kansas City’s Craig’s List had at least 15 of the original iPads listed on one day.  People were selling in order to buy the new model.  Of course, I found just what I wanted.    The person who had it listed runs an Apple computer replacement parts store which made me trust his description of the like-new condition of his  32 Gig,  3G original iPad with cover.  So,  for a little under $400 less than a new iPad 2, I made the purchase.

Here is my assessment.   It is great. I can hardly leave it alone.  It has so many applications that will work well when we travel, such as maps, weather, etc.  It was probably not something I really needed, but I know I’ll get a lot of enjoyment from it.  At least that’s how I am justifying the purchase. 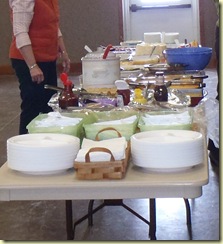 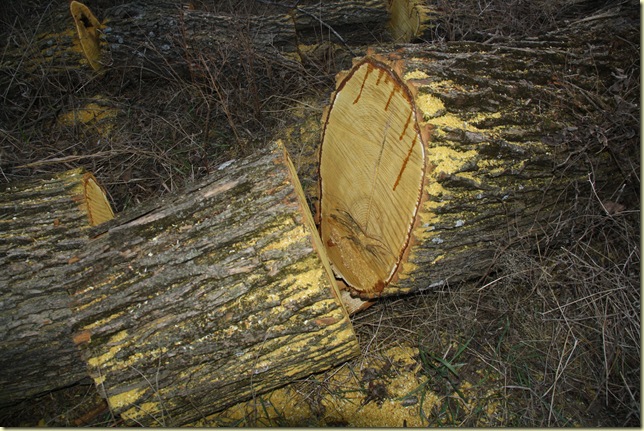 This stump had approximately 70 growth rings and measured 64 inches around.  It would be interesting to count growth rings in a walnut or oak tree.  I wonder if  hard wood trees would be this big in 70 years.

We are cutting up this tree because the wind blew it down.  Hedge trees seem to blow over easily, at least ours do.  Either the roots can’t get down because of rocks or they grow too fast.

This is a hedge or osage orange tree.  It’s main claim to fame are fence posts.  We burn it in our enclosed heating stove.  It pops some, but puts out wonderful heat.

This is a green tree so this is a start on next winter’s woodpile. We have a lot more to split too. 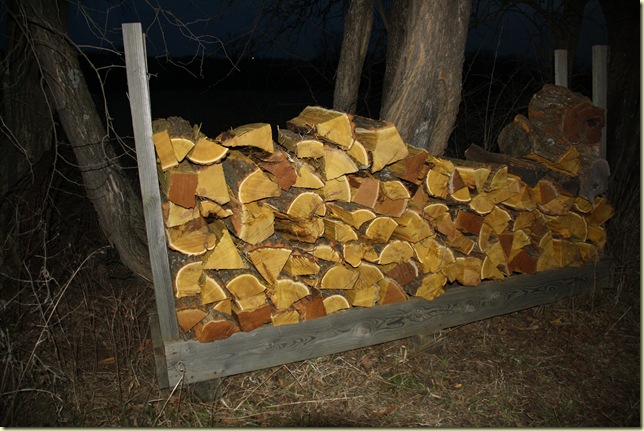