I loved the attention!

I had a very Happy Birthday.  And, as I texted my daughter-in-law, Drue when she asked, I loved the attention.  Everyone’s birthday should be fun because we all are special the day we are born and we should celebrate that specialness each year.  Thank you to those who remembered me in the mail box, on Facebook and in person.

Who do you think blew the candle out first? 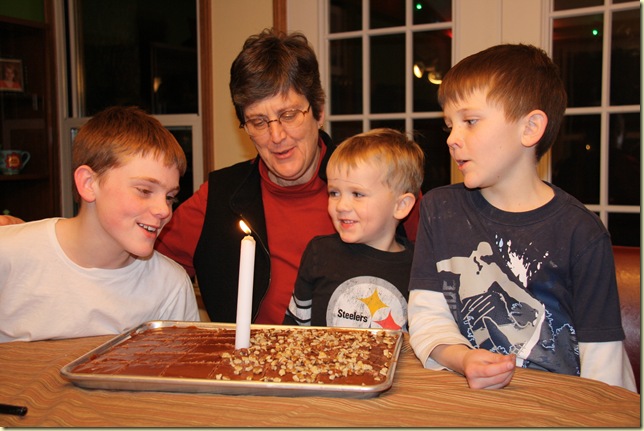 It was close, but I think Aaron got it.  We had to relight it three times.  The birthday song was lovely—mostly in tune because I wasn’t singing.

On another note, you might check this web site.  I have our small pull camper listed on Craig’s List with this link.  I am attempting to get the site to come up on the first page of a Google search so I need a few visits.   We are selling our little pull camper because, with the pickup camper, we do not use it.  It is absolutely time for it to go to someone who wants a “Fun Finder.”

Officially, starting January 1, 2011, the first of the baby boomers are turning 65.  Today is February 4th, my 65th birthday.   I’m leading the baby boomer barrage into what some have said will be the downfall of Medicare.

I hope this does not prove to be true.

At any rate, I am now a card carrying member.  The Medicare web site is well done.  It is easy to navigate and intuitive.  Truthfully, I have not spent a lot of time there but consolidation of PHR, personal health records, seems a priority as is preventative medicine. Both are worthwhile and worth checking.

Other than Medicare, turning 65 years old is just another day to celebrate.  I like birthdays.  It will be a good day. 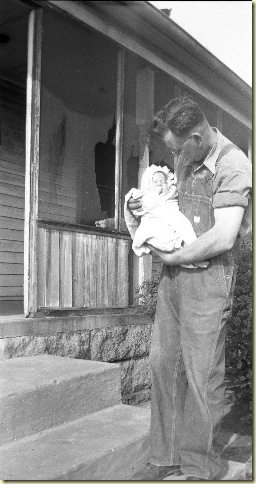 What to do in snow 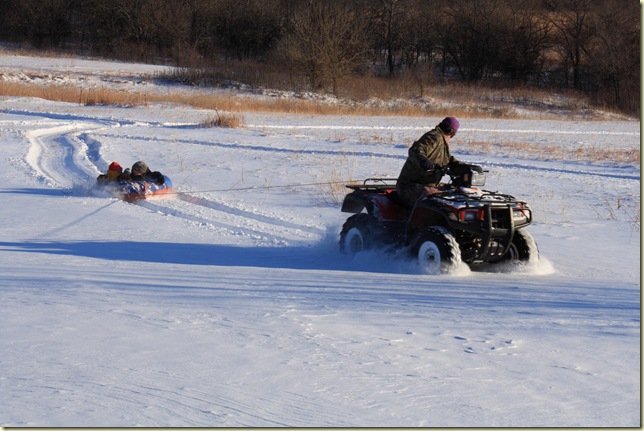 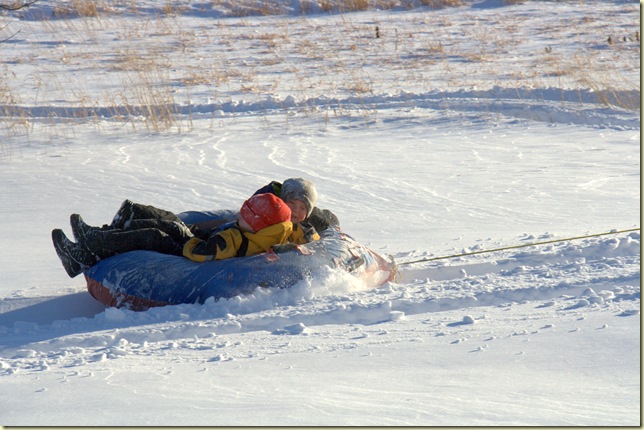 A friend and neighbor…

Some who read my blog know Ken.  So glad this had a happy ending.

Thank goodness for the unlocked door

It was a day just like today.  Prior to cell phones so at least 15 years ago.

First rain put down a layer of ice, then winds and sideways snow.  We all talked in the post office about driving the route, reminding each other to slow down.  Sliding in the ditch was not an option because no one would want to get outside to help get out.

Half way through the route, I slowed to turn a corner and almost as if in slow motion, glided into the ditch.  As always with any kind of “route” stopping is not an option.  Figuring out how to get out of the ditch was a priority.

I was dressed warmly, but thankfully, I had even another coverall layer with me.  There was one house in sight, about a quarter of a mile away.  I started walking not wanting to think about the possibility of no one being home.  Already freezing cold despite my layers, I rang the front door bell.  No one answered.

I tried the side door, locked.

One more try, the back door.  It was open although no one was home.  I went in and warmed and used their phone. As I remember, Dan was not home but another customer down the line came  with a chain and  pulled me out.

We see the owners of the house often.  I’ve told them how much I appreciated the fact that they happened to leave that door unlocked that day.  This was not the first or last time snow or ice threw me a curve but certainly it was the coldest.

And, I was probably one of the first in line to get one of those big bulky bag cell phones. 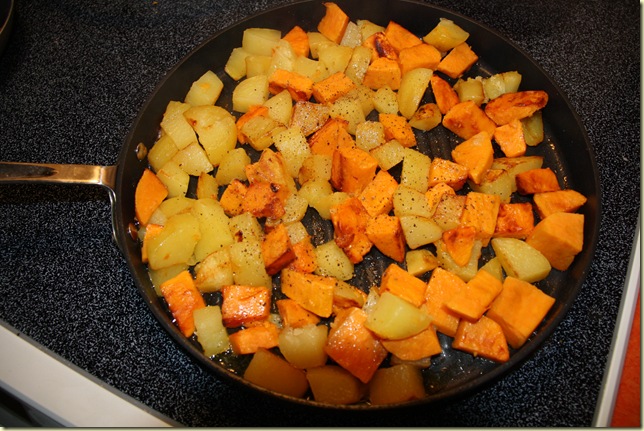 This was a tasty dinner today.  The sweet potatoes are from our garden last summer.  They keep wonderfully and are still delicious.  The potatoes are the expensive red/yellow variety available now.  We love this combination fried in half olive oil and half butter.  Sometime we don’t even have a meat.  Just this and a green vegetable.

The point of this post, though, is that I called this “dinner” meaning our noon meal.  Both Dan and I grew up on farms and “dinner” was always the noon meal.  Then,  it was jobs and family and for years dinner was the evening meal.  Now, we have returned to eating our big meal at noon and have “supper” in the evening.  We enjoy this schedule.  Except…

I love being retired.  I am thinking of all my rural carrier friends out there who are preparing for a restless night not knowing what they will find in the morning.  From experience, ice, wind, snow, is a bad combination.  Cell phones are a life saver, literally.  I’ll tell my pre cell phone scary mail route winter story tomorrow.

A pair of Eagles 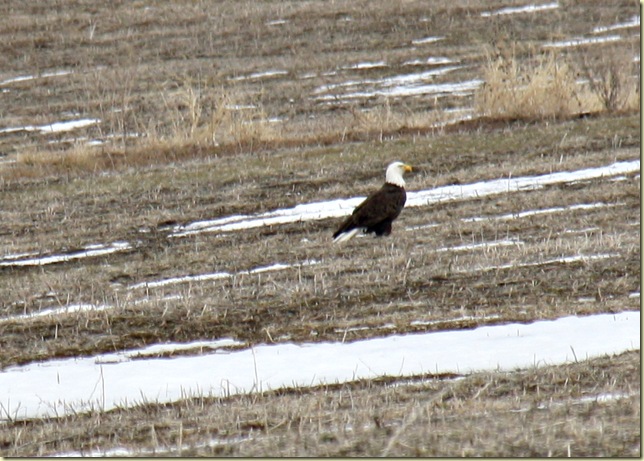 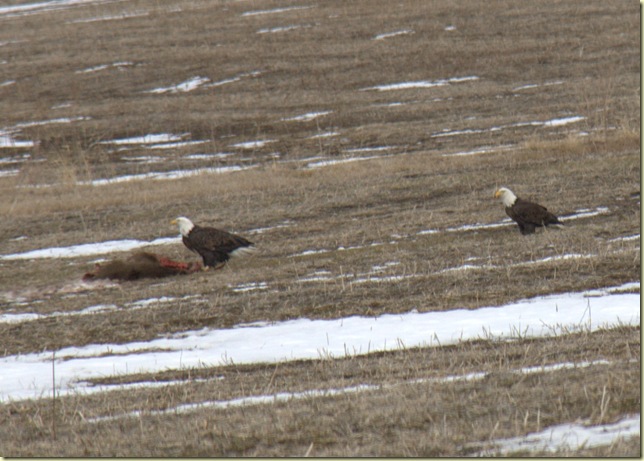 We spotted these two eagles twice working on what appears to be a dead deer.  We also saw one of them soaring in the same area another time.  We are wondering if they might have a nest in the valley.  This is only a little over a mile and a half from our house in a fairly populated area.  However, there is a YMCA camp nearby that is protected from hunting and vacant in the winter.  They could also be coming from Clinton Lake where eagles have a nest and raise babies for several years.  A short flight for these majestic birds.