Thanks to Drue, we did not have to stop once to eat on our way back from Colorado.  She packed a sack full of sandwich makings, fruit, nuts, chips and even healthy V8 juice.

So, other than fuel stops, our only time off the road was at I70 rest stops. 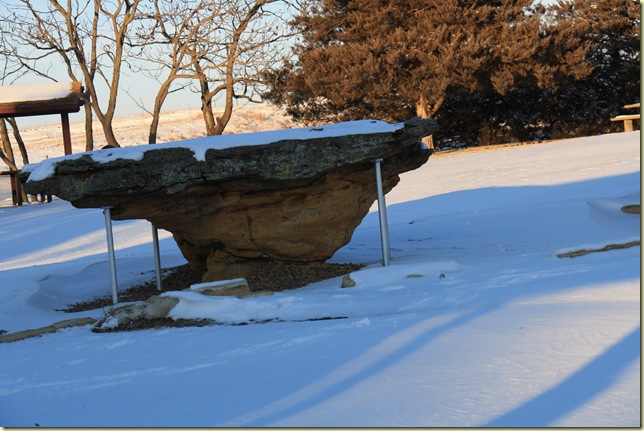 This picture was taken at the Ellsworth Kansas rest stop at about sunset.   I wonder if the rock is unstable.  I can’t image they would do this to prevent someone from making off with it.

Who knows, though,  because people are hard to understand.  When we arrived at this rest stop, both bathroom doors had been propped open.  In the woman’s bathroom, one of the pipes had frozen and water pouring out.  So far nothing had frozen in the men’s.  No one was around.

First thing Dan did was to close the doors.  There was no one cleaning.  The outdoor temperature was in the single digits.  It appeared to us someone stopped and deliberately sabotaged the bathrooms.  I was getting ready to call 911 to report it when a man arrived who appeared to be in charge.  We were in a hurry to get going so I don’t know how it all ended.  Hats off to the crews that keep the I70 rest stops clean.  It has to be challenging. 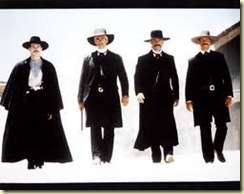 It is hard to believe Tombstone was made in 1993.   Kirk Russell, Val Kilmer, Bill Paxton and every woman’s favorite, Sam Elliott have top billing.

If you haven’t seen it in a while, it is definitely worth watching again. It was not nominated for any awards.  Westerns aren’t known to pull down trophies (this year might be an exception).  I thought Russell and Kilmer were especially good, though.

Our neighbors, Tom and Christi Price, have installed a new home theater in their beautifully remodeled basement.  It is the second time we have experienced this technology in the past week—Doug and Drue have one in their newly remodeled basement also as do Kim and Marc.   We watched How to Tame Your Dragon earlier in the week in Colorado—also a cute movie.

We’ve remodeled our basement but someone forgot to tell us we were supposed to put a theater down there.  Dan and I don’t even have a flat screen yet—truly in the dark ages.  However, Sam Elliott would still look good on our screen.

We had a great visit.  We want to be a part of the family but not intrude.  I tagged along to gymnastics and piano lessons, walked Trent and Carly to the bus and tried to help in the kitchen without getting in the way.

The main reason for us staying so long actually was not the weather, but rather the starter went out on our truck.  It was a simple fix once we got the parts.  We didn’t have a  big reason for getting home so the extra day turned out to be fun.

I had given Trent a fairly difficult jigsaw puzzle for Christmas so we started that while there.  It turns out Trent and I both enjoy working at the tedious task of putting one together.  Trent told me he found a piece before we left to catch the bus and I found one before walking out the door to leave for home.

Eastern Colorado didn’t get much snow but it’s cold.  The truck thermometer says 19 and it’s just past noon KS time.  No wind, though, an unusual occurrence on  this route.

It’s about my turn to drive so see you in Kansas. 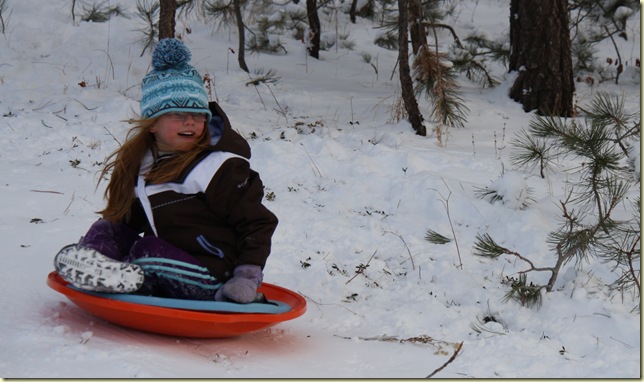 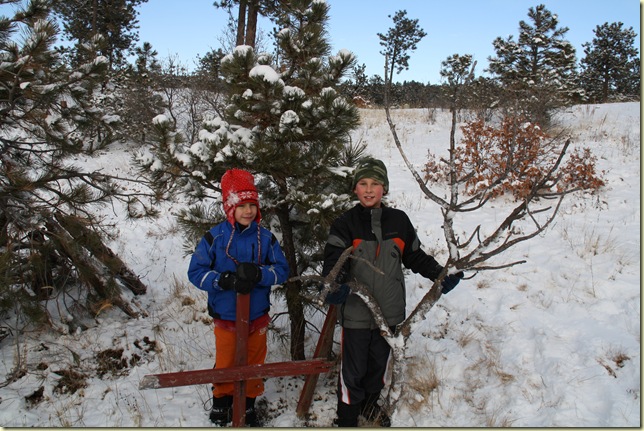 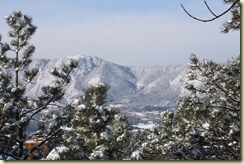 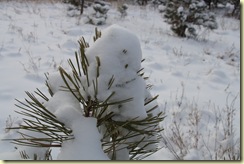 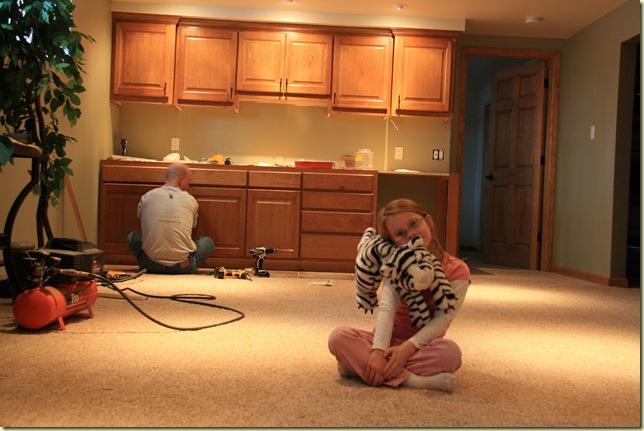 Dan built them at home.  Then delivery  500 miles out here between weather events in early January was the final part of the project.  We knew we would probably encounter snow while here, but the drive out was perfect. 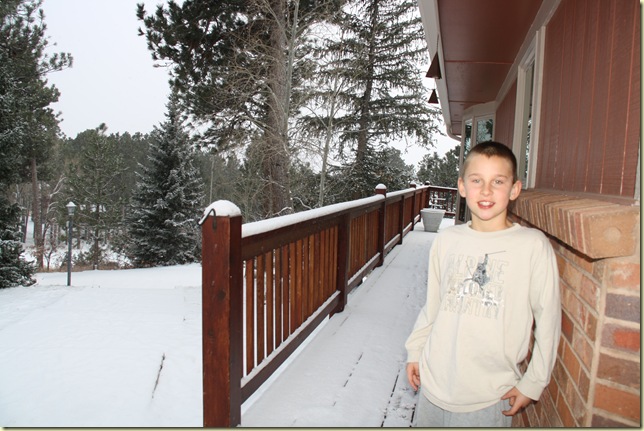 Trent is showing the snow accumulation around 4:00 this afternoon. Still under debate whether the snowfall after that is enough to close school.   Since it looks like snow is hitting home big time, we probably won’t start back tomorrow.