Our first impression of Jacksonville and the surrounding area was familiarity.  The town is surrounded by rich farm land all laying relatively flat much like our Kansas rural towns.

However, that is as far as the similarity goes.  Amy Kay & Dane live between two colleges and a large campus for the State School for the Deaf.  The town seems small for all the big buildings.  Apparently, early in its life, Jacksonville felt it should have been the state capitol.  And, it has train service which would have kept it prosperous during its early years.  Perhaps that is why there are an abundance of huge, beautiful, stately homes there.

Amy Kay and Dane’s is one.   It was built in the mid 1800s quite possibly as a gift from a rich suitor to his bride-to-be parents.  It is listed on the National Historical Register and has had past owners, like Dane and Amy, who care about keeping it authentic.  My pictures can't capture the space of it with 12 foot ceilings,  very wide trim and old growth walnut wood throughout. The brick exterior is trimmed with carved stone above windows and ornate wood trim.  The huge trees in the yard are beautiful in their fall colors.

It was dark when we visited MacMurray College campus where Dane is Athletic Director and coach of the girls basketball.  It is an old university, established not long after the city.  In the dark, it appeared the buildings were dignified and well maintained.

Since all our traveling necessities were in the camper, we slept out there.  It seems ridiculous as they had plenty of bedrooms.  And, it seemed even more ridiculous when a tornado siren blew at 4:00 am Tuesday morning.  Other than that, we had fun playing with Sebastian and Atticus and just blending into their busy lives for a few hours.

Cuivre State Park, Missouri, then across the Mississippi to Illinois

The drive from Washington, Missouri to Jacksonville should have taken only a few hours.  However, keeping to backroads, a stop at Cuivre State Park and enjoying colorful trees along the way made our trek somewhat longer.

Cuivre State Park is north of St Louis and seems set apart from the surrounding farm land.  Our visit had to be nearly at the peak of tree color.  We drove through the park and stopped for lunch. 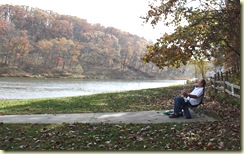 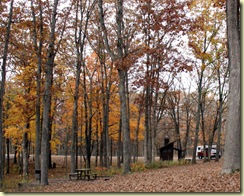 We crossed the river at Louisiana, Missouri, a colorful Mississippi river town.

Who knew there are still general stores.  Well, there is one just across the Mississippi river located at Pike, Illinois.  It boasts Judy’s home cookin, worms, Amish made goods and over to the right, beer.  Wish now we would have stopped for some of that homemade dessert. 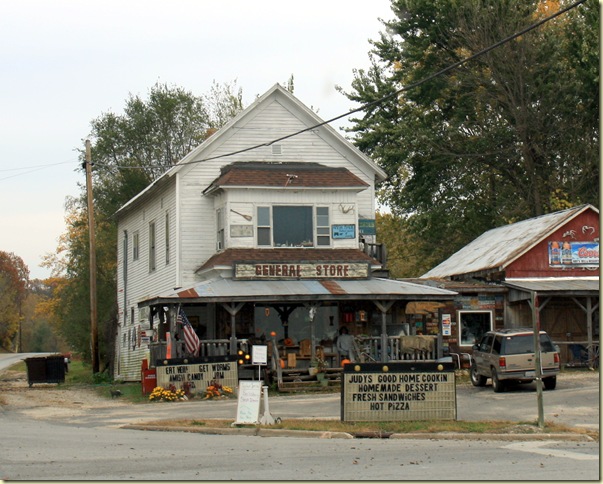 Pittsfield, Illinois, also had many colorful trees.  And an interesting bicycle build for four for sale. 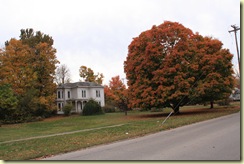 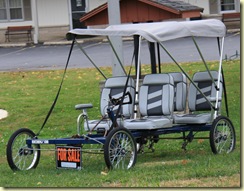 The town also had a beautiful town square and courthouse. 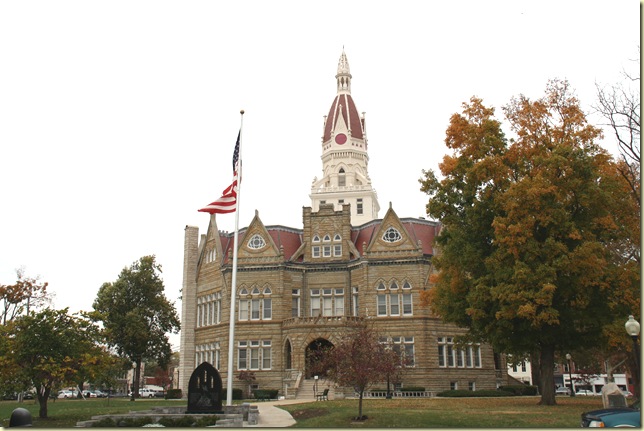 Next stop, Jacksonville
Posted by Linda at 11:57 PM No comments:

More about the trip tonight!

We decided since we were already one and a half hours into Missouri, we would spend an extra day chasing color.  Not that we couldn’t have just stayed where we were and witnessed gorgeous flowers and trees at Powell Gardens.  Only there wasn’t wine there.

We discovered after loading the camper that our running lights were not working.  Not a big deal in the daylight, but we needed to park before dark.  When we told the person in charge at Powell Gardens, they graciously let us stay in their parking lot.

The fastest way to get to Hermann would have been to slip up to I70 and head east.  Instead we enjoyed the backroads to Jefferson City, then on to Hermann.  The road that follows the Katy Trail from Jeff City was full of yellows, reds and both together.  No bikes along though.

We actually did not stop at Hermann, driving on through to Bommerito Estate Almond Tree Winnery.  Two sisters now own it and are the winemakers.  Their father, who started it, is in his late 80’s and we love to hear his stories.   We had this bottle of outstanding wine with our cheese and crackers.  Look closely under the bottle—a little visitor waiting for a crumb or maybe a drip of wine? 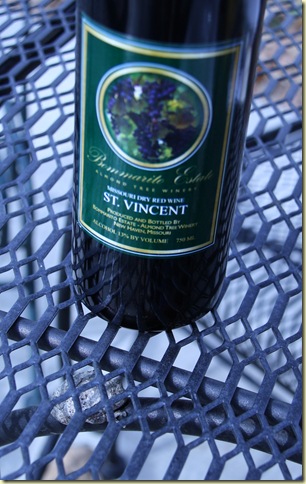 Then on to Robllyers vineyards where we enjoyed Bob.  I’ve written about him before.  He is an entertainer out of St. Louis that makes sings lots of well known songs and makes the afternoon fun.  Deciding I had enough wine, I brought out the kite and let it fly while I walked around the vineyards.

It is only a short drive on to Washington where we are now.  We are backed up against the “wide Missouri” and listening to raindrops hit the top of the camper. 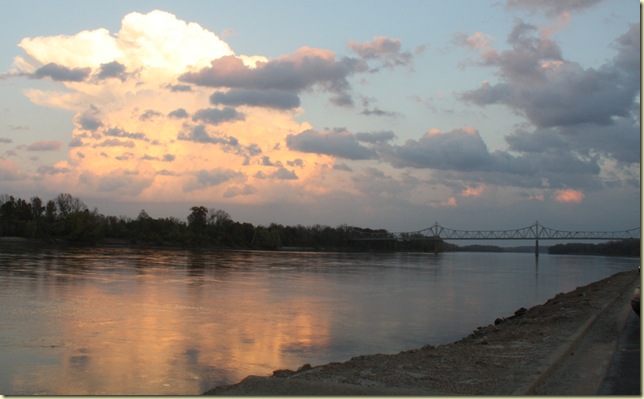 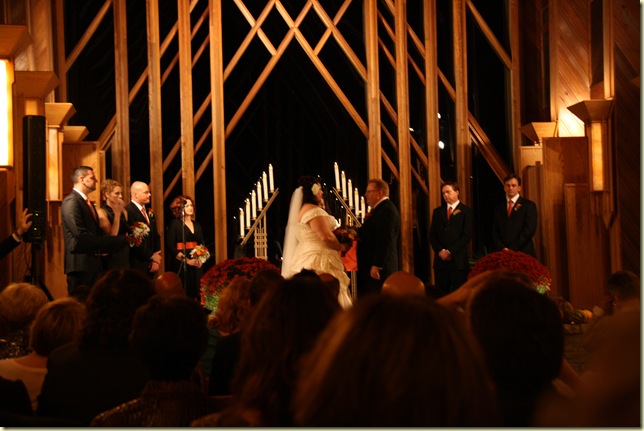