Friends Food and Frantic (cleaning that is)

Our long time friends Kay and Lynn are in staying in their RV in Topeka while completing dental work only this week they are parked in our front yard.  We’ve had lots of fun visiting in-between competing jobs around the house and their appointments.  This evening Barb and Darrell, also long time friends came by for dinner and conversation.

So, why the frantic cleaning?  Of course, I care that my house is in  good order for our friends.  However, when the call comes that there will be the energy audit on the house the next day, that’s frantic cleaning.

It is late as I write this and I don’t have all the information on the audit, so I will post that later.  All I can say is that it took the man who conducted it about five hours and he inspected the house from top to bottom, corner to corner and window to window.

I’ll admit it was nice to have friends visit without stressing about cleaning as I often do.  And, it appears our 32 year old house is fairly energy efficient.

What to wear to a wedding? Check Ebay

We have several weddings in October and I decided to spring for a few new clothes.

After digging around in my closet, I finally decided on an outfit that I felt only needed two items to complete--a blouse and  a cape or poncho.

Both of these items are not entirely necessary.  I have something I could wear.  But, what fun is that.

I thought I would check out Ebay to see what was available.  It must be fall and winter approaching as there is an abundance of clothes right now.  I ended up bidding on a silk blouse and got it for $19 including shipping.  Sure hope the color is right.

The cape is another story. I must not be the only one who wants one of these retro style coats.  After bidding on five, all from the 70’s era, and seeing them go for over $70, I was thinking it wasn’t going to happen.  I’m not prepared to pay that much for a 30-35 year old piece of clothing I have not seen.

Then I saw this on a no bid, buy it now listing. 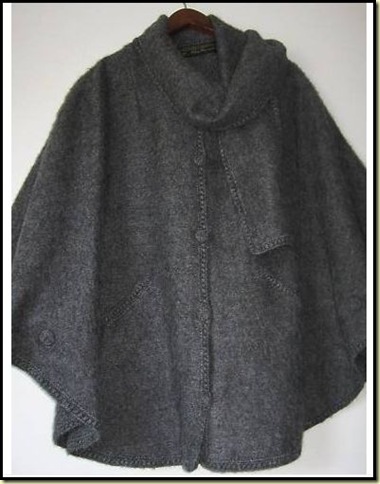 It is a preowned Alpaca wool cape.  Not real dressy, but I won’t be wearing it all the time.  There is no indication of how old it is.   Here is the label: 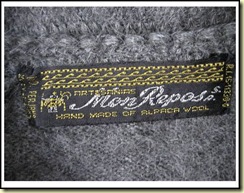 I did some research and it turns out Mon Repos is a company in Peru specializing on clothing made from Alpaca yarn.  Here is their web site.

So, what did I pay for this find?  Well, it wasn’t entirely a bargain.

I paid $54, with free shipping from Montana.  Hope I am not bothered by itching.  The listing said it was soft with no scratch.  Anyone have any experience with Alpaca clothing?

Is this a Monarch or Viceory Butterfly? 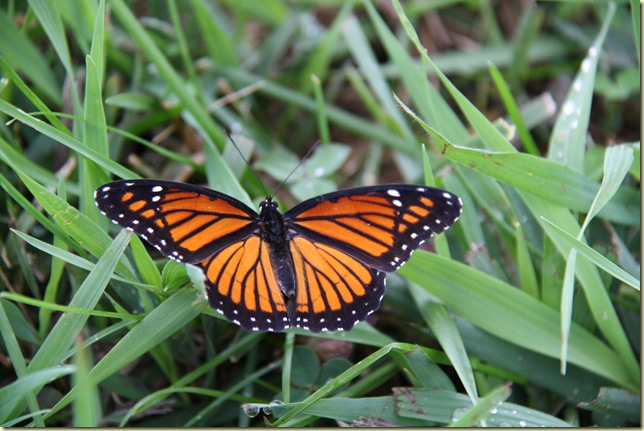 This is a Viceory.  Finally, I think I can tell the difference.  The tips of the upper wings are a little different but still quite similar.  The true tell tale sign is the black line that runs horizontally across the lower wings.

Here is a Monarch. 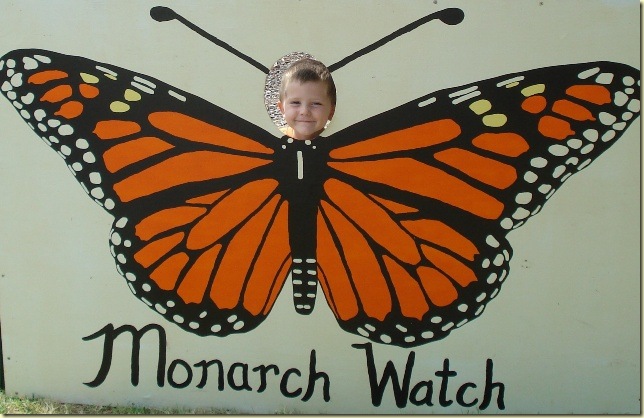 Wait…this particular Monarch is special.  Still, you can see the difference between the two butterfly wings.

Ronnie Bennett writes a blog entitled As Time Goes By.  It is mostly about elder issues but this post was about a blog she has that features stories written by her readers.  Many reminisce about earlier times.

It was one of those entries that caused some readers to be upset.  It centered around how a person “disposed” of puppies that could not be given away.  Here it is.   I’ll admit, it’s hard to read.

She asked for comments, as to whether she should have published the story.  By the time I formed my thoughts, the comments were closed for that post.

So, I am posting what I wrote here.

I have lived rural all my life and experienced disappearing pets, probably most caused by coyotes, bobcats, owls, tom cats, etc.  We  live in their territory.

Even though we live rural there are large cities nearby. I also spent 30 years driving a rural mail route.  Over the years I have encountered animals that have been dumped  in all conditions including pups running about. I have seen dogs nearly starved by the time they are discovered or their coats so matted with burrs they could hardly walk.

The people who dump the animals along the road do not see the frightened, sad eyes of their abandoned pets  as they watch for their owners to come back. If not picked up and taken to the excellent animal shelter in our area, most would starve or be a part of the wild animal food chain.

I actually think it was good to publish the article.  The part about the children's participation was hard to read. However, what happened in Johna's story isn't the worst thing that can happen to an unwanted pet.  Dumping is and it's still being done. If nothing else, the story emphasized the need for responsibility for pet ownership