I can’t believe who I saw last night 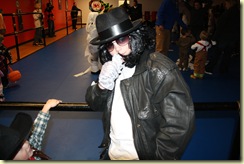 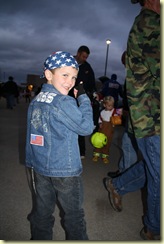 And a cowboy, on a horse, no less! 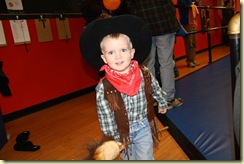 It was the weather, I’m sure

A short time after leaving Hermann, Missouri, we came upon the city of Bland. 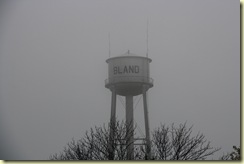 With a name like that, we had to check out downtown 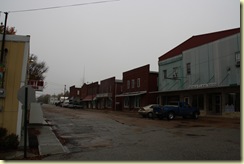 Around the corner the abandoned factory 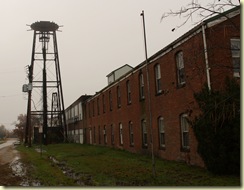 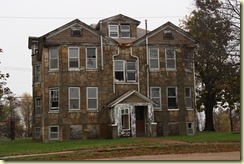 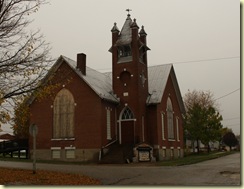 with this at the top 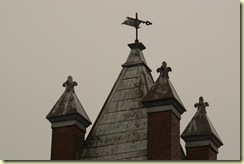 You have to admit, rather creepy.

Then we saw this 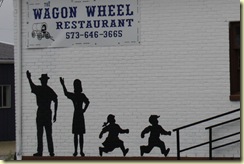 And we knew it was just the weather…and Halloween week.

Leaves falling with the rain

Maybe we should have looked at the weather forecast before loading the Roadtrek for a last minute Missouri Wine Trail and leaf peeping tour.  On the other hand, maybe we would have decided to stay at home and missed a good three day roadtrip.

It amazes me that anyone saw us come in to Laura’s Halloween party Saturday night.  We were invisible in camo from head to toe. Blake yelled our name immediately as we walked in.

Maybe it was the hat…. 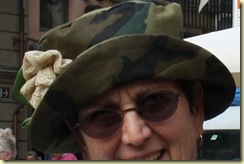 As usual, Laura has the best parties, but we wanted to find a place to sleep for the night.  We settled on the Wal Mart at Blue Springs.  It was late and we were tired.

was our first stop on the Hermann, MO, wine trail.  As usual, their selection is exceptional.  As a bonus, a chef (at least he had a chef’s jacket on) was serving lunch.  We had a moist and tasty meat ball sandwich with our wine selection.

On to Robller Vineyard where we enjoyed Mick Byrd, who rightfully describes himself as an American Roots singer, songwriter.  His album, Outer Road, provided music the rest of the trip.  We ended up staying on a bit too long and only had time for Hermannhof winery before evening. We wanted to purchase a couple bottles of Norton wine, a Missouri grown grape.

Another night of raindrops on our roof.  But, it was only $15 for a good night’s sleep and shower in the morning at Hermann’s city owned RV park.  Monday we drove through red, yellow and orange hillsides.  It had to be close to peak color season in south central Missouri. 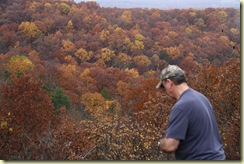 An interesting side on the trip was that Missouri appears to be using  sericea lespedeza, an intrusive plant on Kansas’s noxious weed list, as an ornamental grass. 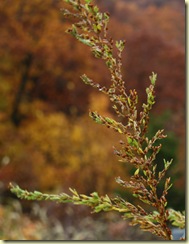 Tomorrow, a haunted city—at least in the misty rain, it appeared so.