While controversial, Columbus is given credit for discovery of America.  According to this account, financing was hard to come by in a region torn by plague, wars, the Inquisition and populations living in famine and malnutrition.  Spain finally consented even though Columbus is believed to have been born in Italy.

While in Italy, we traveled by train to Santa Margherita Ligure, Genova, Italy for one day.  We thought while in Italy, we should experience the Italian Rivera.  It is a beautiful area.  We were glad to experience it and the beautiful people.  However, in the end, we much preferred the Cinque Terre region.

Since Columbus is believed to have been born in Genova, it is fitting that this statue of him is in the San Margherita town square or piazza. 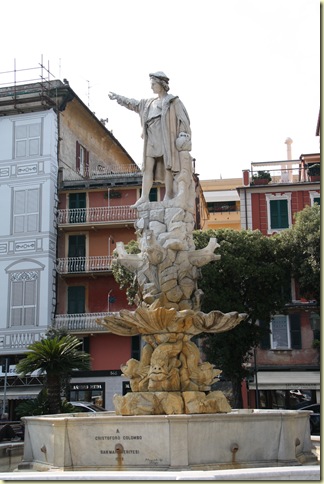 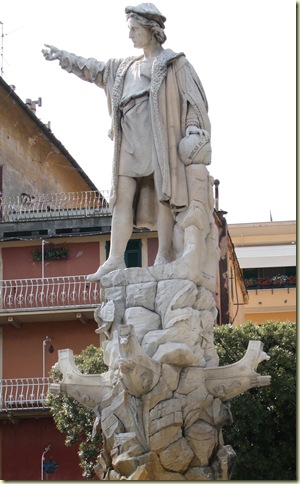 It appears there are three ships below his feet and a world under his hand. 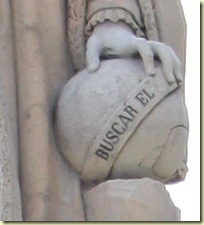 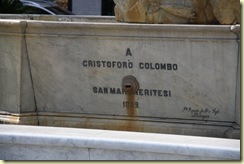