Last swim of the day 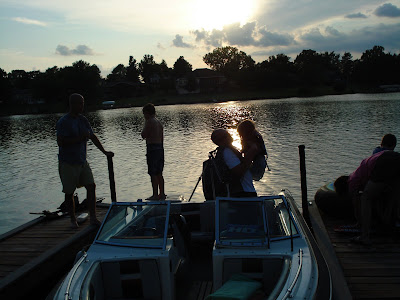 Last weekend we visited our niece in Columbia, Missouri. It was a family gathering for the dedication of their new little boy.

The area where Amy Kay and Dane live is an older area but has very nice homes. We drove around a bit to see if the whole neighborhood was as “green” as around their home. Some of the yards were entirely natural. And, interestingly enough, attractive. One yard in particular had native plants and grasses and in among the flowers were tomato plants. Some ripe tomatoes added color.

While sitting on the front porch, we watched a lawn service cut and trim the entire yard across the street using a push lawn mower and hand shears. Amy and Dane hand push their yard also. When I say "push" I mean no engine--an old time type mower.

Our Colorado family mows very little of their yard. Of course, out there grass does not grow like here in Kansas. But, still, natural is definitely popular.

We do not mow as much grass as in the past. Perhaps we don’t mow as often because we don’t fertilize. Still, I am not ready to give up my lawn mower. After giving it a bit more thought, I guess we could let the yard go back to native prairie and bale it. We would be in trouble if the pasture caught on fire, though.
Posted by Linda at 8:52 PM 1 comment:

We have eight tomato plants and they are producing well. Tonight I prepared a large pot of pizza sauce. Last week I made spaghetti sauce. All together I have put up close to six gallons of tomatoes.* (Don't you love that old term, "put up?")

Don’t be impressed. I didn’t do it from scratch. Mrs. Wages helped. 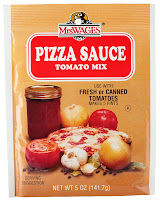 Mrs. Wages is a seasoning mix purchased in the canning supply area of the grocery store. A quick Google search informs me there actually was a woman by that name living in Tupelo Mississippi in the 1950s. She was an excellent cook---etc.etc. It’s one of those stories that seem so simple I wonder why I didn’t think of it.

Along with the spaghetti and pizza sauces, the salsa is good also. I have frozen everything I’ve made so far, but the salsa will need to be canned. I should try to figure out how to do that outside so I don’t heat the house.

I followed the directions exactly with the spaghetti sauce. It says to peel then blend the raw tomatoes in a blender and then cook for 20 minutes. Well, I decided to cook down the tomatoes a bit as it was just too watery. Also, there are too many tomato seeds in the sauce.

Tonight, I peeled, blended and then ran the result through a Foley food mill. I’ve had this cool canning gear for years—almost forgot about it. Thankfully, I never get rid of this kind of thing. It worked wonderfully to make pizza sauce without one seed.

Life is all memory except for the one present moment that goes by you so quick you hardly catch it going.

As I write, my washing machine is humming, Dan is mowing our abundant crop of prairie hay and I am getting ready to make a batch of oatmeal cookies. The fluffy powder puff-like clouds and low humidity made a pleasant day on the mail route. I just drank a diet Coke so I’m feeling good with a little shot of caffeine.

Not everything is so pleasant for others we know and love right now. Several days ago our long-time friends whom we visited while on vacation recently were awaiting the arrival of another couple in Colorado. They never arrived because of a tragic accident in north central Kansas, which took both their lives.

Last night I received a call from our daughter-in-law in Colorado telling us she had received word her Poppy (grandfather) had died. He was a special grandparent.

So, I feel sadness for Drue and her family and Fords and their friends. However, right now, I am tackling jobs that appeal to me, baking cookies and hanging out clothes. I will see my Colorado family this weekend. We are stopping by our to visit with our local grandboys about their first day of school tonight

Welcome to our home 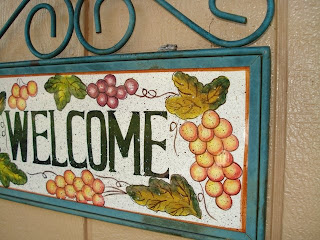 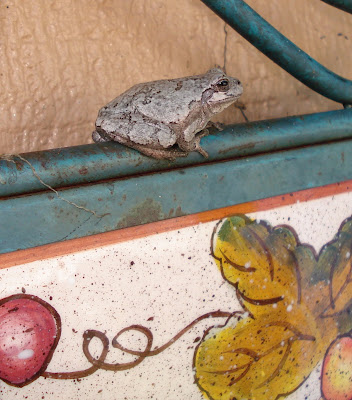